Nigel Lewis looks at how the lettings industry is under attack from the most unlikely quarter – a Conservative government. 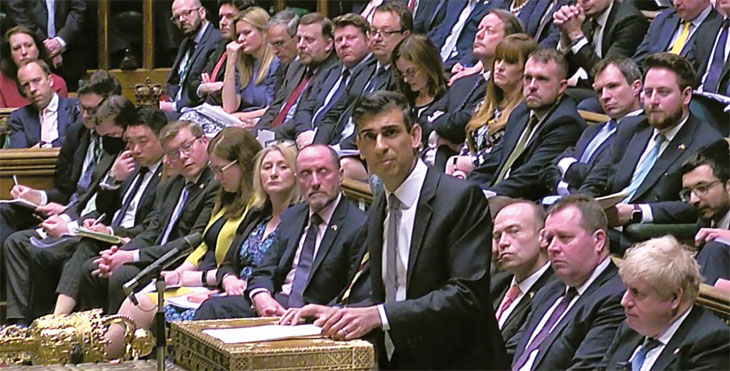 Growing up during the 1970s and 1980s I always assumed that Conservatives were the party of solid sense while Labour were the passionate, banner-waving lot I met at my polytechnic campus.

But the current government’s approach to the private rented sector (PRS) has signalled the Tory party’s departure from sense or any kind of balanced approach so much so that I wonder, as perhaps you do, whether many of this ministers running today’s administration are Conservative at all.

Many might say I’m biased – I write dozens of stories every week from an industry perspective and perhaps I do spend too long listening to lettings agents and property managers, and not tenants.

But the current approach, which will be put into overdrive when the much-delayed Renters Reform Bill finally makes it into the cold light of day probably this month, just doesn’t make sense.

The Alice in Wonderland world in which ministers hope to re-house the private rented sector within will see landlords offered a less secure arrangement between themselves and tenants when Section 21 evictions are abolished.

Talk to any landlord who started out in the 1990s or 2000 and the key reason they give for investing their money in the PRS is that Section 21 evictions offer a failsafe way to boot out tenants who stop paying the rent, damage the property or annoy the neighbours.

I would remind readers that this growth in the PRS was the brainchild of Margaret Thatcher.

Before February 1991 when the Housing Act 1988 introduced Section 21 ‘no fault’ evictions as a sensible way to balance the needs of both landlord and tenant, investing in buy-to-let property was a trickier affair.

The figures speak volumes – in 1996 there were 1.86 million privately rented homes in England, while today there are 4.4 million.

I would remind readers that this growth in the PRS was the brainchild of Margaret Thatcher who brought in the Act to encourage the provision of rented properties to the market by private landlords, a policy which was spectacularly successful, particularly for the thousands of letting agents who now have the job of managing much of this stock on behalf of landlords.

But Margaret Thatcher’s progeny, if Boris Johnson and his ministers can be called that, are seeking to set this approach aside and adopt, many agree, many of Labour’s key policies of giving tenants greater security – a drum that Shelter has been banging too for decades.

This makes political sense – renters who feel abandoned by politicians are encouraged to vote Conservative, the party is given a veneer of social conscience and Labour is neutered.

But this approach does not make practical sense, to my point at the beginning. The Government’s determination to make investing in the PRS less attractive through fewer tax breaks, more regulation, higher costs and a drip, drip narrative that many of them are ‘evil landlords’ is only going to put people off investing in BTR. This, coupled with more expensive borrowing costs in the coming years as inflation and interest rates rise, will put a once buoyant PRS under extreme pressure.

Agents reading this may assume it doesn’t affect them. But it does – slimmer profit margins for landlords are driving the current trend for consolidation within the lettings sector; the only way for many agents to make money from landlords is to manage large portfolios and leverage the economies of scale.

It’s a trend that smaller agencies with fewer than 100 properties under management should fear.

Ironically, even Shelter agrees that more reforms of the PRS aren’t really the answer. Last year its chief executive made the point – albeit quietly – that although rogue, immoral and amateurish landlords do need to be chased out of the sector, the real problem is that those most in need of affordable accommodation have only the PRS to turn to, and it’s this sub-market where most of the horror stories come from.

Because these low-income, job insecure people have nowhere else to go – waiting lists for council or housing association rented properties are very long – and they are forced into the open-market PRS where they shouldn’t be.

I am not a politician so what the solution could be to this PRS conundrum, I don’t know. But the current government trajectory on chasing out smaller landlords doesn’t look like the right solution.