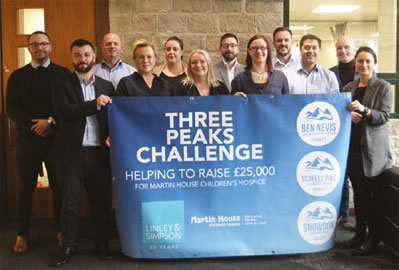 Staff from a Yorkshire estate agency are to hit new heights in their latest challenge to raise funds for the region’s leading children’s and young people’s hospice.

A 12-strong team from Linley & Simpson plans to conquer the summits of the highest mountains in England, Scotland and Wales within 24 hours.

The National Three Peaks Challenge forms the centrepiece of the company’s pledge to raise £25,000 for Martin House Children’s Hospice, at Boston Spa, near Wetherby, as part of its 25th anniversary year.

The dozen daredevils feature founders Will Linley and Nick Simpson, as well as colleagues from across its Leeds headquarters and its branch network across Yorkshire.

They will begin with an evening climb of the 1,345m-high Ben Nevis in Scotland on June 27, before travelling to the Lake District as dawn rises to conquer the 978m summit of Scafell Pike – the tallest in England.

The fundraisers will then face another race against time to drive to Wales for the final stage, and scaling the 1,085m summit of Snowdon in the early afternoon.

Since Linley & Simpson launched its charity partnership with Martin House Children’s Hospice six years ago, its bighearted team has raised more than £100,000. 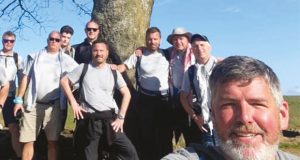 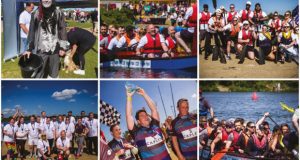 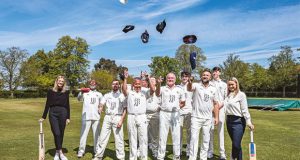