A former Ministry of Defence (MoD) camp on the coast in Cornwall has been granted approval for residential and commercial development, after lying vacant for a decade.

Cornwall Council has granted planning permission for up to 134 homes, including 20 per cent affordable housing, 1,500 sqm of commercial buildings and around three hectares of public open space at the site adjacent to Hoblyn’s Cove near Holywell Bay. 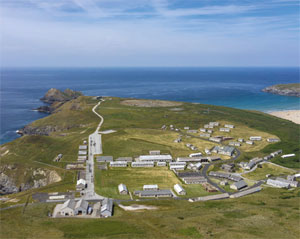 Careful consideration has been given to allow for plenty of open grassland and amenity space within the 16 hectare (39.53 acre) coastal site.

National property consultancy Bruton Knowles is marketing the property for sale by informal tender via its specialist land development team.

With a depth of experience negotiating the sale of unique and large scale developments of this nature, Bruton Knowles is already fielding enquiries from a number of interested parties.

Bruton Knowles Associate Harry Breakwell said, “It’s rare that a site of this nature and location comes to market with planning approval for coastal development.

“We see this as an opportunity to transform a vacant brownfield site into a real asset to, not only the future residents of the site, but to the wider community.”

The proposed development contains contributions that will benefit the local community, including £885,000 towards infrastructure, education and public open space, in addition to an off-site affordable housing provision of £1.14m.

“The cleverly designed scheme comprises 2 to 4 bedroomed dwellings with large open areas for the public to enjoy overlooking Holywell Bay. The site is conveniently located between the popular tourist towns of Newquay, to the north, and Perranporth to the south, with local amenities in the nearby village of Holywell Bay and further facilities to include a school, shop and pub in the neighbouring village of Cubert,” said Harry.