Hamilton Fraser, provider of specialist insurance services, has been named in The Leap 100. 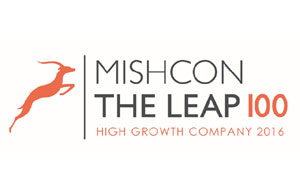 Hamilton Fraser has been identified as one of the most ambitious and fast-growing companies in the UK.

Each company featured in the Leap 100 excel in the four vital areas of leadership, ambition, team and money. City A.M. will follow the Leap 100’s progress including their challenges and successes throughout the year.

“We are extremely proud to be included in The Leap 100 Companies List,” said Eddie Hooker (right), CEO of Hamilton Fraser, “We have worked tremendously hard over the past 20 years to achieve this level of success and it is very rewarding that our efforts are being acknowledged, especially on our 20th anniversary. We hope to build on our success with a vision of doubling the size of Hamilton Fraser within the next 5 years.”