Southern parts of the UK set to outpace all other regions 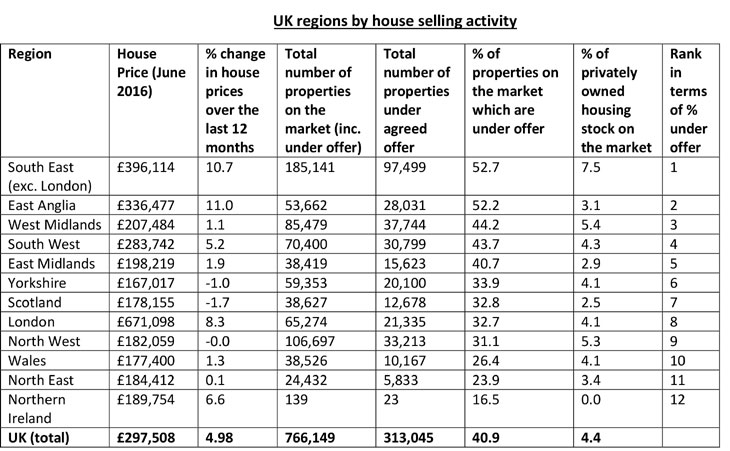 Analysis by Jackson-Stops & Staff of over 750,000 properties that are for sale in the UK (over 90 per cent of the UK total) reveals demand hotspots where properties continue to be quickly snapped up, regardless of economic conditions.

Nick Leeming (left), Chairman of Jackson-Stops & Staff said, “Our unique analysis of over 90% of the nation’s market, shows which areas, cities and towns of the UK have the largest number of properties being snapped up by buyers. Buyer hotspots like Bristol and Northampton have two thirds of their ‘for sale’ properties already under offer, which could indicate future house price growth.

“Other hotspots like Bury St Edmunds, Chelmsford, Winchester and Ipswich all have over 60% of their properties on the market under offer. In these hotspot areas an average of 21 buyers chase every property on the market.

“The laws of demand and supply will continue to prevail and the demand built up in these hotspot regions and cities will not suddenly disappear post June 23rd.”