Sign in or Sign up
The essential site for residential agents
Home » News » Mortgage lending up to £18.2 billion in May
previous next
Products & Services

Mortgage lending up to £18.2 billion in May

Maybe it was that old ‘do it now!’ premonition of doom, but mortgage lending rose in May.

Commenting on market conditions in this month’s market commentary, CML senior economist Mohammad Jamei (left) said, “As expected, lending continued to be somewhat dampened in May, reflecting the earlier rush in the first quarter to beat the stamp duty change on second properties.

“Looking ahead, there is likely to be considerable uncertainty as a result of the EU referendum decision. We expect this to affect sentiment and reduce activity below levels that would otherwise be expected in the near term, as both buyers and sellers adopt a wait-and-see attitude until the dust begins to settle. 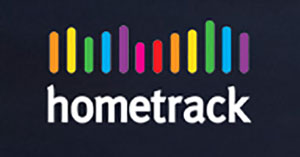 Meanwhile Hometrack expressed concern about the Brexit effect on the housing market, saying that, “The decision to leave the European Union means the near term prospects for the UK housing market now look very uncertain. The immediate impact is likely to be a fall in housing turnover and a rapid deceleration in house price growth as buyers adopt a wait and see the short term impact on financial markets and the economy at large.

“At present we don’t expect sizeable house price falls, the greatest impact will be on market activity. Widespread house price falls require forced sellers and in the short term we are unlikely to see an upsurge in forced sales. The most likely drivers of forced sales will be higher mortgage rates or rising unemployment. While there will be turmoil in financial markets in the short term it is too early to say how this might play out on borrowing costs and jobs but the risks are clear. Any increase in borrowing costs will boost demand for re-mortgaging but the outlook for home purchase lending is less certain.

“One positive stems from tighter lending criteria in recent years and relatively low levels of higher loan to value lending with new borrower affordability being stressed at higher mortgage rates. We expect levels of new housing to be scaled back, tightening supply and supporting prices until such time as the outlook for demand becomes clearer. Builders had been slowing starts ahead of the vote and on concerns over the Starter Homes initiative.

“In our view the decision to leave the EU will be most keenly felt in the London housing market which is fully valued and already facing headwinds. History shows that external shocks have led to falls in turnover by as much as 20 per cent. London has already seen a 7 per cent drop in turnover over the last year. House price growth in the capital varies between double digit growth in lower value areas and weaker, low single digit growth in central London areas. Modest single digit price falls now appear likely in higher value markets as prices adjust in the face of lower sales activity and weaker investor demand. Even a sharp, prolonged fall in the Sterling is unlikely to attract overseas buyers in the near term.”