OnTheMarket visits rise as Zoopla goes on the buses 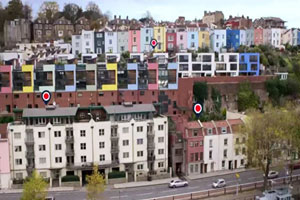 Detractors may try to shoot down the UK’s ‘third’ portal, but OnTheMarket soldiers on, bringing new agencies onboard and showing a stronger presence in some areas than competitors Zoopla and Rightmove.

Recent additions include the five-branch agency Meller Braggins in Cheshire, whose Director, Richard Greenham, said, “We’re pleased to back Agents’ Mutual which aims to place control of property advertising back into the hands of agents by disrupting the duopoly of Rightmove and Zoopla. We think buyers, tenants, sellers and landlords will see the benefits of an ad-free site.

“OnTheMarket.com has grown throughout the year and we look forward to seeing its influence and market share continue to expand.” 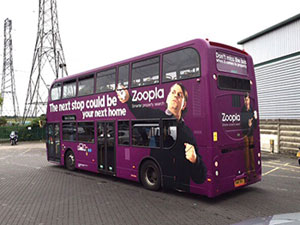 Meanwhile, staunch rival Zoopla is on a mission to dominate the streets of London with a campaign that wraps a whole fleet of buses in Zoopla’s purple garb.

This is the second bus campaign for the brand but this time it has taken the whole bus rather than just the sides. This will result in bold and impactful branding for Zoopla and the creative will feature Dan from the recent ‘Knowing More’ campaign, Zoopla’s biggest national campaign to date when it launched on Boxing Day last year.

This new bigger bus campaign will be seen on multiple routes across the city from Hatfield to Croydon and Hayes to Dagenham. Zoopla will also be significantly increasing its presence on TV with its house detective advert which supports Zoopla’s recently launched Running Costs tool. 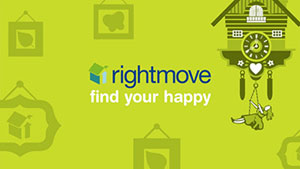 Gareth Helm, Group Chief Marketing Officer said, “I am incredibly excited that Zoopla will have a fleet of fully wrapped purple buses across London. Our marketing strategy is essentially ‘always on’ for Zoopla, which has helped us achieve the best brand awareness amongst portals. We constantly look at all the formats available and buses worked so well previously we owe it to our members to get back on them, but this time we are going big and wrapping entire buses. The investment in the buses and the increase in spend on TV is a significant benefit for our members and, like all our advertising, is designed to further increase brand exposure and leads for our agent members.”

Rightmove remains quietly confident in its superior market position however, with a noticeable lack of profile raising activity.