Sign in or Sign up
The essential site for residential agents
Home » News » Right to Buy Scheme: expanding in England, shut down in Scotland…
previous next
Regulation & Law

Right to Buy Scheme: expanding in England, shut down in Scotland…

And now Wales says it will scrap its Right to Buy as well. 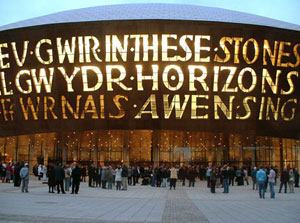 Wales is set to join Scotland in scrapping the right for council tenants to buy their homes.

In the 37 years since the scheme launched in 1979, two million homes have been sold to their tenants – many of whom have sold them on at a substantial profit, or let them.

Now, as the Conservative government expands the scheme in England, the devolved administrations of Scotland and Wales are halting the scheme, arguing that the cost to social housing supply has been too great.

The Labour led Assembly will abolish the right as soon as legislation can be passed – and, with immediate effect, have halved the discount available to those who wish to buy now.

Welsh Conservative Shadow Housing Minister, Mark Isherwood AM (left), said, “Typical Labour: this move flies in the face of aspiration and ambition. It will limit supply and deny people in council properties the choice and power to buy their home.

“While Labour ministers push ahead with this senseless move, Welsh Conservatives are committed to extending the right to buy.

“We would invest all the sales proceeds in new social and affordable housing to help tackle Labour’s housing supply crisis and take households off their record-breaking waiting lists.

“Labour’s leader in Wales has already slammed his party for being anti-business. Scrapping the right to buy is further proof that it’s anti-aspiration; stuck in an ’80s socialist dogma where it believes the government knows best – not the individual.

“We must use every tool in the armoury to increase housing supply in order to make housing more affordable.”

Council tenants in Scotland lost the right to buy their homes on August 1, while the Welsh National Assembly will bring forward legislation within the next year to end the scheme.

Announcing the policy in Wales, first minister Carwyn Jones said: “We must safeguard our social housing stock … this bill will seek to protect that stock from further reductions. The analogy I have used before is that it is like trying to fill the bath up with the plug out.”

John Perry, policy adviser at the Chartered Institute of Housing, said,  “Right to Buy offers an enormous benefit to those it benefits directly, but the effect on future tenants is the main problem, because of the refusal to recycle all the receipts and replace the lost properties.”

“Despite central government pledges to replace homes sold through Right to Buy, most receipts are returned to the Treasury rather than reinvested in affordable housing.

“You are losing two affordable homes from the system each time that someone new exercises the right to buy from a housing association.”