Sign in or Sign up
The essential site for residential agents
Home » News » 80,000 homeless families every year
previous next
Regulation & Law 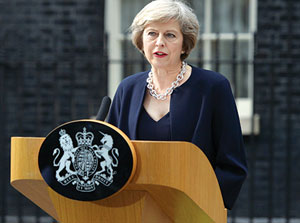 The Labour MP John Healey has warned that 80,000 families will be ‘on the verge of homelessness every year’ if Theresa May does not reverse cuts to housing benefit and support for those already homeless.

The Labour MP  (former Shadow Secretary for Housing) has published analysis which shows cuts to housing benefit, local authority support and a loss of 143,000 of council houses would result in tens of thousands more people becoming homeless.

The number of those classed as homeless has risen by 6.3 per cent every year since 2010 and, if the rate is maintained then this would result in 80,000 homeless families by 2020 – which would include 60,000 families with children. The latest figures also show the number of people sleeping on England’s streets has doubled since 2010.

“The Conservatives’ record on housing is six years of failure, and in no area is this more painfully clear than homelessness,” Healey (left) said,

“We should all be ashamed that in one of the richest countries in the world there has been such a huge increase in the number of people who are homeless over the last six years.

“These figures are a stark warning for Theresa May not to continue with the same decisions on housing and social security that have failed so badly over the last six years.

“Top of her in-tray must be exempting homelessness hostels and other specialist accommodation from the planned £1bn of cuts that is set to close vital services across the country.

“I first urged Ministers to exempt specialist homes from these cuts back in December, but they have not listened so far.

However, on the same day, Homelessness Reduction Bill was published by the Communities and Local Government Select Committee.

The Communities and Local Government Select Committee will now undertake a pre-legislative inquiry to examine whether the Bill will achieve its aims of reducing levels of homelessness.

“When faced with eviction, many tenants are advised by councils to remain in a property until forcibly evicted by bailiffs, thus making them homeless and eligible for social housing.

“The NLA has consistently warned that putting vulnerable households in this position puts an unnecessary strain on tenants, landlords, and the Courts Service. As a result, landlords may become less likely to let property to those most in need.

“By ensuring that councils accept eviction notices as evidence of homelessness, this Bill will take the strain off of overstretched courts, ensure that tenants are properly supported by their local councils, and provide landlords with the confidence they need to let their property out to more vulnerable tenants.”