The lettings industry is being forced to defend itself ever more against litigious clients. So what are the main areas of concern – and risk – for agents? 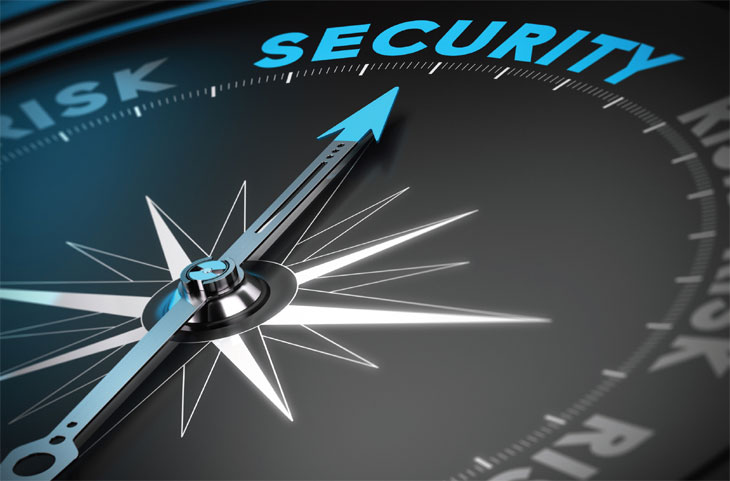 Letting agents are facing a much more litigious business environment as the trend for ‘no-win, no fee’ legal services drives landlords and tenants to seek compensation.

The problem affects all industries. The Legal Ombudsman recently said, “the advent of ‘no win, no fee’ has not been without its problems… this has played its part in fostering a culture of ‘ambulance chasing’ and fraudulent claims, which has inadvertently driven up insurance premiums.”

In lettings it’s also driven by a fastexpanding industry as private renting rises, up from 2.2 million in 2003 to 4.3 million people last year. Inevitably, complaints about agents rose by 8 per cent last year according to Citizen’s Advice Bureau.

It’s also a trend created, ironically, by the requirement of the two main redress schemes for agents to have Professional Indemnity (PI) insurance before they can join.

“Landlords are now aware that if an agent is a member of The Property Ombudsman or Ombudsman Services: Property, they’ll have PI, and they can make a claim against them,” says Oliver Wharmby of Lonsdale Insurance Brokers.

“So if the landlord feels he has a good argument and believes he was given negligent advice or the agent breached their duty of care, they will make a claim.”

Faced with such savvy landlords and tenants, what should agents do?

You might expect landlords operating on low margins to be the ones making a claim, but the opposite is true. “Those with deeper pockets are more likely to mount a claim because they can afford to appoint a solicitor on a £1,500 retainer, for example, because they know the damages will at least cover the costs incurred,” says Oliver Wharmby.

“Those on lower incomes are less likely to do so.”

One agent arrived at work to find a message on the computer screens saying ‘If you want me to unlock your systems, pay me £2500. Oliver Wharmby, Lonsdale Insurance Brokers.

The most common need for PI is to cover agents against a breach of duty. This is when an agency has a duty of care towards another person or company, or a ‘professional liability’ which is then broken. When that leads to financial loss or personal injury, an agent is liable.

There’s a wide range of breaches, but one of the most common is if tenants are injured when a letting agent doesn’t correctly maintain a property.

“A landlord instructs an agent to manage a property, but that agent fails to notify the landlord (or does nothing) about faulty electrics that subsequently cause a fire,” says Oliver.

“That would be a clear breach of their professional duty of care and therefore, not be the landlord’s fault, so the claim would be against the agent’s PI insurance policy.”

Cybercrime must be considered. If your data is stolen by a hacker, or your Client Money Protection account compromised, you need specific insurance cover.

The Federation of Small Businesses recently called on the Government to do more about cybercrime as small and medium size businesses were, collectively, the target of seven million online attacks last year costing £5.3 billion.

There aren’t specific figures for the property industry, but with systems often connected to outside users including tenants and landlords it would not be a surprise if many of these attacks were on lettings agents.

“Large businesses are usually much more aware of cyber liability and have teams and systems in place to beat them off, before any serious damage is done,” says Oliver, “but smaller businesses are, sadly, usually more vulnerable and will, therefore, simply pay out the £2000 – £3,000 ransoms demanded because they cannot afford to cease trading for a week while a software engineer sorts it out.”

“Last week I had a call from an agent who arrived at work to find a message on the computer screens saying ‘if you want me to unlock your systems, pay me £2,500’.

“They called the police, who did nothing, and eventually had to get a consultant in to sort out their system, lost a week’s trading and spent £5,000 on having their system rebuilt.

In general, Oliver says, agents don’t tell anyone they’ve had an experience like this and just try to negotiate the ransoms down, pay them and then reinforce their systems.”

Claims against agents often begin when potential tenants are being referenced. Tenancy disputes, arising from referencing failures, account for 12 per cent of claims, according to Lonsdale Insurance Brokers.

“Although rare, agents and landlords are coming under increasing pressure from tenancy fraud – when it does happen a landlord is bound to feel aggrieved,” says Martin Totty, CEO of HomeLet.

“Clearly the more established referencing organisations, which have a greater experience of the prospective tenant, provide greater security for the agent and peace of mind for the landlord when assessing an application.

“The main referencing companies process very large numbers of reference checks and have learned to identify inconsistencies and unusual responses to their checks. This increases the probability of identifying fraudulent applications.”

Agents are required by redress scheme membership to have PI insurance (Except the Property Redress Scheme (PRS), which recommends but doesn’t compel members to have it.

Andrew Snell and his wife recently set up a sales and lettings agency in Chelsea, naming it Snell & Snell. Both had worked for blue chip firms in the past within London.

Andrew purchased PI after setting up the company, so he could join The Property Ombudsman redress scheme. “We haven’t had any situations yet where we’ve faced a claim against us; our business is only a year old, but even if it hadn’t been compulsory, we would have taken out the insurance.

“I don’t feel landlords are particularly keen to sue us – it would have to be something really major before it came to that. But for us having PI is all about being a business entity that does things properly and is above board.”

If there’s one subject that gets lawyers and claims consultants jumping up and down, it’s documentation. The number of claims has been rising but the number of payouts hasn’t.

Experts say is down to both the insurance industry getting wise to the tactics of ‘try-ons’ but also the better paperwork storage and email trails that modern lettings software provides.

But still agents are caught out, says Oliver, “It’s really important that you have property documentation and risk management systems in place, so if you face a claim, you’ve got something tangible to use as evidence including paperwork, email correspondence and voice call recordings. If you don’t, insurers are not going to be in a very strong position.”

Agent Assure, with its appointed solicitors DAC Beachcroft, gives a claims example highlighting the importance of PI and comprehensive cover and a good claims service to match.

A landlord alleged that they were induced to enter into the management agreement by a fraudulent representation.

The landlord claimed they were told that the agent would be unable to let the property unless they signed up for the fully managed service and that they were advised that the property would only be let to a reliable tenant with good references.

It was ruled in court that the claim was vexatious and without merit, but the legal bill was £75,000, which insurers paid as a defence cost under the terms of the policy.