Midlands network will be expanded with regular Coventry auctions from this autumn. 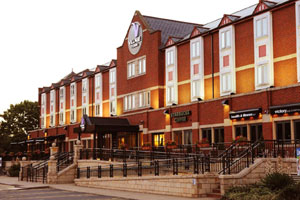 The Birmingham-based business already holds six auctions a year at Aston Villa FC, but from Wednesday, November 9, will be holding regular auctions in Coventry at The Village Hotel.

SDL Bigwood is now the largest auction house outside of London and ranked number four in the UK by combined annual turnover.

The combined auction houses now have total annual sales of more than £160 million per annum and the new auctions in Coventry, and in Stoke which are being launched by SDL Graham Penny Auctions from October, will increase this considerably.

SDL Bigwood auctions partner Gurpreet Bassi (left) said, “We have already raised over £45 million for our vendor clients this year at our Birmingham auction and we want to continue that success for our clients in Coventry.

“There is a buoyant property market in Coventry and one that we feel would benefit from a new regional auctioneer with a local knowledge and a national database of buyers.

“Our Coventry auction will enable us to serve Warwick, Leamington, Rugby, Kenilworth and even further afield such as Northampton and Milton Keynes,” he said.

So far this year SDL Bigwood has total sales of £45,669,200 and the best sold average of 93 per cent in the UK after its first three Birmingham auctions.

Rory Daly (right), Chief Executive, said, “More and more people are turning on to the advantages of auctions as a fast and effective means of selling property. Competitive bidding means that prices achieved often outperform sale by private treaty. Sellers relish the certainty of sale and immediate exchange of contracts and this is fuelling our growth.”

“When we were acquired by SDL Group late last year, we said that this would now give us the platform to grow our auction operations.

“The acquisition of Graham Penny Auctions in the East Midlands doubled the total sales of our auction operation, our SDL auctions have sold over £85million in the year to date and we are on track to sell in the region of £175million this year, taking us into the top four nationwide.

“Our joint auction operation is now the largest in the UK outside of London and with the additional auctions in Coventry and Stoke, we will be holding 29 auctions this year!”.

He said the two new launches was part of a medium term strategy to build a national auction network.

“We are assessing the potential of four possible targets in the north of England and hope to make some positive announcements in the early autumn,” he said. 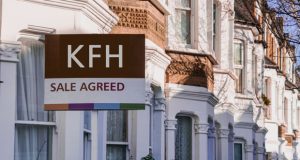