It may be Friday 13th but Countrywide’s Chief Executive, Alison Platt, is probably feeling a little happier as their share price rose this morning following the group’s reported its income for the 12 months to the end of December. Listed as £737 million, it beat their 2015 figure of £734 million and the analysts’ expectations of £702 million.

The figure was achieved despite falling volumes in house sales, through their agency offices, particularly in London. Countrywide (CWD.L) said that the volume of sales in London in the final quarter continued to be below 2015’s levels, resulting in a drop of about 6 per cent in the number of deals for the year. However, its lettings business saved the day, supporting sales revenue with strong activity across the country.

Countrywide had issued two profit warnings for 2016, saying that it expected full-year market volumes to be 6 per cent lower for the full year. The group said volumes were likely to fall further in 2017. 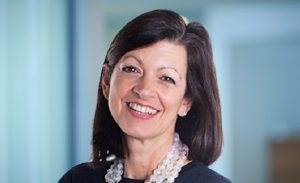 Commenting on the Group’s performance, Alison Platt, CEO said, “It is pleasing to report modest full year revenue growth against the backdrop of a challenging residential sales market. Our Retail and London divisions were impacted by the lower market volumes which were partially offset by a strong performance from our Lettings business. It is encouraging to note that both Financial Services and Surveying reported profit growth notwithstanding the external environment.

The roll-out of our digital proposition remains on track and we continue to see performance in line with our expectations.’

“We continue to focus on delivering cost and productivity efficiencies across our business which will mitigate the impact of a 2017 sales market which is expected to show a reduction on 2016 volumes. The roll-out of our digital proposition remains on track and we continue to see performance in line with our expectations. As set out on 15 December 2016, we are currently underway with a strategic review of our Lambert Smith Hampton business and further announcements will be made as appropriate.”

Stock market analyst Jeffries said, “We are leaving our CY2016 EBITDA estimate of £85m unchanged,” stating that the group is “Still the market leader. Despite the challenges Countrywide remains the UK’s largest estate agent, and while much of the debate in recent months has been about the hybrids outperforming the traditional agents, we must remember that the market is tough for all estate agents whether or not they are found on the high street.”