Sign in or Sign up
The essential site for residential agents
Home » News » Housing Market » 250,000 give up on home ownership
previous next
Housing Market 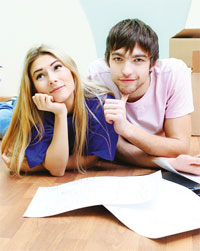 250,000 non-homeowners have given up on the dream of owning their own property in the past year alone, says the 2017 Homeowners Survey. This annual study, conducted by the HomeOwners Alliance and BLP Insurance into the concerns, views and issues affecting British homeowners and aspiring homeowners, found that for the first time in five years, there has been a drop in the number of non-homeowners who aspire to own.

In 2013, 65 per cent of non-homeowners aspired to homeownership, with this number increasing every year and peaking at 73 per cent in 2016. But this year, the numbers have fallen for the first time, back to 71 per cent. That’s around 253,166 people across the country who have given up on ownership in the past 12 months. The stats mirror the rise of the government’s flagship Help to Buy programme launched in 2013 and is now receding with the cancellation of the mortgage guarantee part of the scheme in 2016.

Among aspiring first-time buyers, 86 per cent say house prices are their most serious concern (up three per cent in the past year), with 85 per cent citing saving for a deposit as a serious problem (up one per cent) and 80 per cent worried about availability of homes (up two per cent).