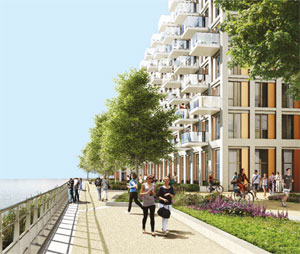 Ballymore & Oxley has released its latest new homes at Royal Wharf, a riverside neighbourhood in London’s Royal Docks. The launch includes two, three and four bedroom duplex apartments, located in the mansion style Compass House building along with apartments in the popular Latitude Building which overlook the River Thames.

The new homes include a duplex four bedroom show apartment, interior designed by Milc Style, in Endeavour House, one of the development’s completed buildings. This follows the completion of the first of Royal Wharf’s residential units last year and the arrival of the development’s first residents; completed homes include suites, one, two and three bedroom apartments as well as three and four bedroom townhouses.

All units now released for sale are due for completion this year, with some homes ready for occupation by the end of the summer.

The new homes are expected to appeal to young families looking for more space whilst still enjoying London life and proximity to the capital’s leisure and work opportunities, the release includes units up to 2,416sq ft in size and are predominately duplex units which work well for family life. 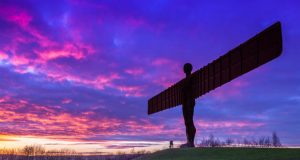 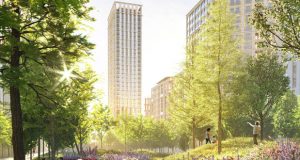