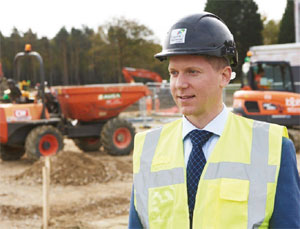 The site is large enough to provide a full range of housing options, from one-bed apartments to four-bed detached family homes.

180 of the homes will be ‘affordable housing’ and Legal & General aims to use modular construction from its factory in Leeds for this element. By using traditional building techniques alongside modular construction, the team will be able to accelerate delivery on the ground.

James Lidgate, CEO of Legal & General Homes, said, “As well as addressing the chronic shortfall of housing in the UK, Legal & General Homes is aiming to regenerate the UK’s landscape for the better and build vibrant communities where people want to live, such as this sought after location in Oxfordshire.”

Establishing housing capabilities across all tenures, Legal & General is delivering Build to Sell housing alongside Build to Rent, later living, student accommodation and affordable housing. It is also revolutionising construction methods through its modular factory in Leeds.