Sign in or Sign up
The essential site for residential agents
Home » News » Housing Market » 500,000 homeowners aged 55+ want to move but don’t
previous next
Housing Market 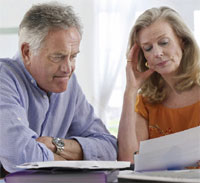 One in five (19per cent) homeowners aged 55 or over considered moving in the past two years but have not done so; equating to more than 2 million homeowners.

23per cent of them say lack of suitable housing was the main reason they did not do so, which equates to 500,000 homeowners.

According to the annual Homeowner survey conducted by YouGov for HomeOwners Alliance and BLP Insurance, 6per cent of homeowners aged 55 or older say they have moved in the two past years and a further 19per cent have considered moving but not done so – the equivalent of more than 2 million homeowners.

The survey revealed that it is emotional ties more than financial concerns that are a significant barrier to moving home in later life. The stress of moving is more likely to be among the reasons not to move for homeowners age 55+ who considered a move (30per cent vs 21per cent homeowners overall), as well as, not wanting to move away from friends, neighbours and their community (23per cent v 17per cent homeowners overall).

Paula Higgins, CEO of HomeOwners Alliance, said, “The recent Brexit decision means we are now in the midst of uncertain times and new housing is likely to be a victim. Government needs to focus efforts on negotiating a European exit but they must not drop the ball in delivering new housing that meets the needs of last time buyers. House builders can’t be allowed to sit on their hands and land bank. The government needs to keep them building and building houses that meet the needs of last time buyers as well as first time buyers.”