58% of non-homeowners worried about Brexit 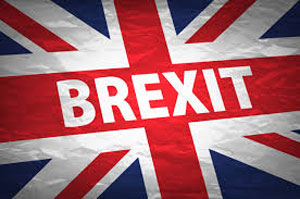 Research commissioned by the property firm Ocea Group shows that 58.6% of non-homeowners are worried that Brexit will make it even harder to buy a home in the UK.

Women (64.7%) are even more worried than men (52.3%) about the issue and the younger you are, the more concerned you are that Brexit is a barrier to owning a home, with 69.6 per cent of 18-24 year olds worried that Brexit will make home ownership harder.

Justine Curtis, Director and Co-Founder of Ocea Group said, “Home ownership is a very British thing and a foundation of the stability of our housing market. Brexit looks like it could be the brute that kicks the housing ladder out from right under the feet of first time buyers completely. These results clearly highlight how the majority of non-homeowners are worried Brexit uncertainty will make it even harder for them to get onto the housing ladder. Ocea is looking to address the concerns of first time buyers with our focus on converting office space into affordable and desirable homes.”

Millennials are also far more concerned than people older than them, with 69.6% between the ages of 18-24 worried that Brexit will make it harder to get onto the property ladder, in a statistic that reflects the outcome of the referendum in 2016, when the majority of young voted to stay in the EU**.

Glenn Delve, MD, Ocea Group added, “It is interesting to see the big split between men and women when it comes to Brexit, as well as age groups and this largely reflects the way these groups voted back in 2016. It would seem that for ‘remainers’, Brexit is yet another big issue that is clearly compounding the concerns of non-homeowners, who feel that it is going to make it much harder to get onto the housing ladder.”