The Property Ombudsman, Katrine Sporle, reviews a case brought by a landlord concerning an agent’s casual management of a tenant’s application. 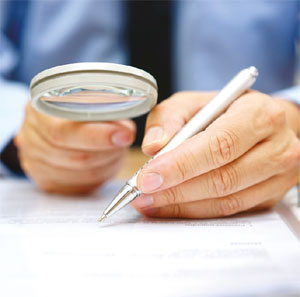 The landlord said that the agent was not diligent in identifying fraudulent applications, validating authenticity of references or identifying the status of the tenant’s visa.

They requested compensation totalling nearly £5,000. This was for rent arrears, court fees and travel expenses in respect of the court hearing.

The landlord instructed the agent on a tenant find and management basis. Their Terms of Business stated: “We will obtain references on prospective tenants,” and “We will make reasonable enquiries about prospective tenants or guarantors, but we cannot guarantee their suitability.”

The agent sent the landlord a copy of the prospective tenants’ referencing report which was carried out by a third party. The report identified the following:

The tenant had failed referencing as she had failed to provide satisfactory ID. However, the tenant was employed on a permanent contract and her affordability rate was 2.65, which meant she could afford the monthly rent payments.

The report also included a reference from the tenant’s former landlord saying that she paid the rent punctually and maintained the property respectfully.

Following this, the tenant’s application was resubmitted using her passport to confirm her identity. The tenant passed referencing on the second attempt.

The landlord and tenant entered into an Assured Shorthold Tenancy for a fixed term of 12 months. The rent was £1,100 per month.

Two months into the tenancy the tenant was in arrears of £695. This increased over the next few months to £3,395. The landlord obtained an order for possession of the property and judgement against the tenant.

The Ombudsman found no evidence that the tenant had made a fraudulent application or that this was the reason she fell into rent arrears. It was possible that there was an inaccuracy in the referencing report concerning the details of the tenant’s previous landlord, but the agent could not have reasonably known this. Generally, agents are entitled to assume that the information within the referencing report is accurate and up-to-date. If the agent had reason to suspect that information was inaccurate, for example if information was different from that provided within their application form, then this would be a valid reason for them to undertake further investigation; this was not the case here.

Agents are entitled to assume that the information on the tenant in a referencing report is accurate and up-to-date.

In accordance with Paragraph 10b of the Code, the agent’s referencing was carried out by a referencing service provider and it was their task to obtain the necessary information from the tenant in order to process her application. It was reasonable for the agent to consider that the information obtained, along with the other checks they had undertaken, was sufficient.

The landlord also complained that the tenant had the wrong type of visa permit and the agent should have identified this. The criteria for determining eligibility for the EEA Family Permit is much wider than the landlord stated. The permit allowed both family members and extended family members of European Economic Area nationals to join them, (the EEA national), in the UK, or travel to the UK with them at a later date.

The tenant’s status as a single mother renting the property on her own would not, therefore, necessarily imply that she was not eligible for the EEA Family Permit. The Ombudsman therefore did not share the landlord’s view that it was necessary for the agent to have flagged this issue or for them to have carried out further checks.

In relation to the financial losses the landlord stated they incurred, the reason the tenant fell into rent arrears was because she lost her job, which therefore represented a change in circumstance that neither the agent or the referencing company would have been able to foresee at the point the referencing was undertaken.

In accordance with their obligations under paragraph 10g of the Code, the Ombudsman was satisfied that the agent had provided the landlord with “all relevant facts” in relation to the tenant’s application to enable them to make an informed decision.

However, the landlord also highlighted that within the documentation that the tenant signed, it stated that the agent would carry out a second Right to Rent check on the tenant within 28 days of her visa expiring as required under the Immigration Act. From evidence provided, the second check was not undertaken, and the Ombudsman was critical of the agent in that regard.

The Ombudsman made an award of compensation to reflect the aggravation, distress and inconvenience caused. This included £75 for the agent failing to carry out further Right to Rent checks and £125 as the agent did not provide full and clear records of their dealings with the landlord as required under Paragraph1i. 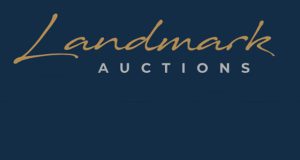 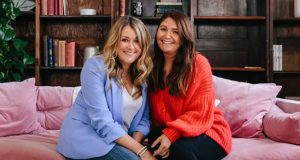