A good year for Auctioneers

2012 was a very good year for auctioneers, we look at the results and the prospects for 2013. 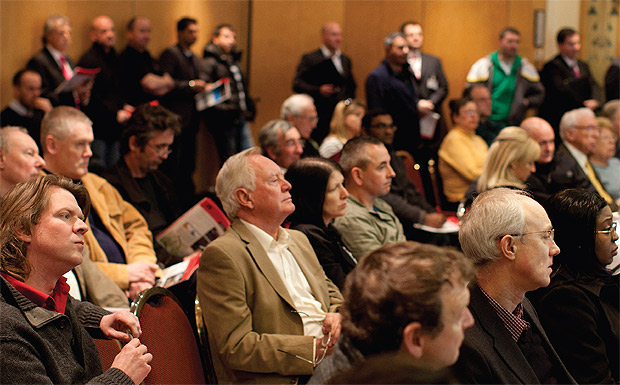 After a storming end to the year, prospects for the auction market are bright for 2013 after a good year for auctioneers overall. Research from the Essential Information Group (EIG) shows that 20,000 lots were sold in 2012; the highest number since the 2007 peak and a rise of 6 per cent on 2011. Encouraging, but 30 per cent short on 2007’s record haul, implying there is room for further growth.

The healthy overall sale rate of 75.1 per cent is comparable to the long-term average. The number of residential lots offered grew for a third consecutive year following a particularly strong first half of 2012. Similar rises were evident in sales figures and auction receipts, but the market slowed in Q3, before a spurt in the last quarter.

These healthy figures are testimony to the success to many of the individual auction houses. Network Auctions enjoyed a strong 82 per cent sales success rate across its six auctions, up from 75 per cent in 2011.

Agents Property Auction, launched three years ago, saw a 43 per cent increase on their 2011 performance, selling around 800 lots with a capital value of £72 million, making them the largest auctioneer in the North East and the seventh largest residential property auctioneer in the Country. Auctioneer Richard Francis says, “These figures show that the market, although price driven, is moving and there are buyers out there. Our growth has come from working in close partnership with handpicked estate agents.”

Demand has remained strong and the auction success rate is a great deal higher than the estate agency norm.” Roger Lake Auction House

Gary Murphy, Partner and Auctioneer at Allsop says, “Despite the difficulties posed by a double dip recession, the continued drought of mortgage finance for many first time buyers and the volatility of market confidence, exacerbated by further crises in the Eurozone, our auction rooms have remained reassuringly active.”

Roger Lake at Auction House reports sales of 2,000 lots – an 80 per cent success rate, “More properties are sold by auction and the sector has performed much better than private treaty since 2008. Demand from auction buyers has also remained strong and auction success rate are a great deal higher than the estate agency norm.” Eddison’s offered 1,073 lots and raised £58m, “Not bad during the difficult economic conditions,” says Andrew Brown, Eddison’s Head of Property Auctions in the Northwest. Their northern teams reported an average success rate of 74 per cent.

Andrews and Robertson’s final sale as a standalone auction firm, before its merger with Quinton Scott to become Andrew Scott Robertson, brought its annual receipts to £103m. Robin Cripp, A & R’s Chairman, says, “At our last auction of 2012 the room was full with a lot of buyers we had not seen for a very long time. They were trying to buy residential and commercial properties because they perceive it is now reflecting good value for money.”

It’s not only the auction houses that are prospering, service providers are too. Auction Finance, the short term lender which works with auction houses across the UK, experienced a 23 per cent increase in demand for funding for residential sales for 2012 and aims to increase this further in 2013.

Chris Baguley, Director, says, “This is great news for landlords as it indicates the property market is showing signs of improvement. Landlords are buying an increasing amount of housing stock at auction because of the low cost, high quality properties available. Tenant demand is still high, first time buyers are still struggling to get on the property ladder, so buy-to-let is still the perfect investment.”

Toby Limbrick of Network Auctions believes that auctions will continue to grow in volumes compared to private treaty sales with sellers attracted by the speed and certainty of the auction process, but the single biggest issue facing the market over 2013 is funding for investors, although, “The exposure generated by auctions does help create activity where otherwise they may be little.”

Homeowners are buying at auction, either for their own occupation or to help their children onto the property ladder.”Toby Limbrick Network Auctions

For private buyers, auctions are increasingly seen as an opportunity to pick up a bargain or buy a property where value can be added through improvement. Roger says, “More buyers are choosing to purchase auction lots, either for their own occupation or to help their children onto the property ladder. The trend seems set to continue.”

Richard Francis agrees, “The variance in stock and areas we are selling in proves that auctions are no longer associated with cheap, run down properties but rather a way of selling for the best price quickly, with the security of a deposit and an agreed completion date”.

Auctions are no longer just associated with run down properties, but as a quick, secure way to buy and sell.” Richard Francis Agents Property Auction

The picture is not the same all over the country. London and the South East set the pace, says Toby, “I expect to see demand increasing in London and the South East where yields on property investments are likely to remain strong. There will be other strong locations across the UK although areas of economic weakness are likely to remain challenging.”

But the goodwill is spreading. Gary Murphy says, “Confidence in the UK residential market has centred on London and the South East. Regional conurbations experiencing lower unemployment levels and sustained tenant demand have also drawn interest. But 2012 has seen a continued swing away from the more fragile locations resulting in lower average lot sizes in these areas and the consequent need for sensitive pricing.”

There is no doubt that the regions are resurgent – with demand assisted by a growing number of firms auctioning property in their own back yard and buyers responding with open wallets. Roger says, “There has been a massive drift of properties from London into regional auction rooms – now 80 per cent of auction lots are sold in the area – with most stock being purchased by local buyers.”

But for others, the direct competition is reckoned to have helped push up prices at London auctions for the right type of stock. Competition between local bidders and London investors can produce exceptional results, Toby explains, “In July we auctioned a lot for our agent partner in Pembrokeshire with a reserve price of £49,000. The house in Tenby was 250 miles from the London saleroom, however, local bidders on the telephone battled against London investors and those who had travelled to the auction. The gavel was eventually brought down at £93,500 to a buyer from Hull!”

Overall the best medium-term investment prospects are in urban areas in London and the South East where there is a growing population in the 20-34 age bracket and an under supply of rental stock. These markets have seen the strongest levels of both rental and capital growth and they offer an ongoing prospect of a good balance between income yields and capital growth.

Savills’ research highlights strong demand for one or two bedroom flats from young professionals and wealthy students. Rents for one beds outperformed the rest of the market as rental prices stayed flat compared to a fall of -1.9 per cent for all properties.

One sign that the economy refuses to come out of recession is the fact that the sale of distressed property is expected to rise over 2013. Just under half of all lots in Allsop’s 2012 catalogues were on behalf of mortgagees, receivers, administrators and liquidators an increase of 1.2 per cent on 2011.

Gary Murphy says, “2012 saw over £2 billion of domestic mortgage debt acquired by loan book specialists. As yet, these buyers have not started to sell assets in the auction rooms. Inevitably, this will happen as impaired loans are addressed.”

There is also growth in the number of private/domestic sellers. Roger says, “Anxious home owners are putting properties into auctions with the appeal of speed and certainty being the strong attraction.” He also points out the rise in the number of tenanted investments seen in catalogues down to investors understanding increasingly the benefits of auction.

Pattinsons Auctions in the North have already got off to a flying start with their first two sales of 2013 (January) realising sales of over £4million – if that’s a quiet month the hopes must be high for the rest of the year.

One of the key trends for 2012-13 is the increasing numbers of commercial buildings with planning permission, or potential, for residential conversion or redevelopment as residential, coming to the market.

Gary says, “Weakening tenant demand from businesses has impacted achievable rents and length of leases. As investment yields have softened, commercial owners have been forced to explore alternative uses.”

So if the prospect for UK auction houses were not buoyant enough already, it is likely that the troubled property markets abroad will lead to more and more overseas buyers coming to the UK attracted by the returns and the relative security on offer. Allsop’s online catalogues generated 1.4 million hits from 188 countries, Gary Murphy says, “The global interest in our auctions verifies global demand for UK stock.” 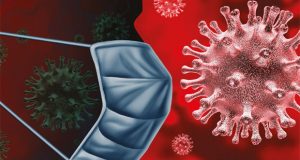