Sign in or Sign up
The essential site for residential agents
Home » Features » How fast can you evict a tenant now?
previous next
Regulation & Law

How fast can you evict a tenant now?

The so-called ‘7-day eviction’ is no more, but, says Paul Shamplina at Landlord Action, the system is still far from perfect, with long delays for some. 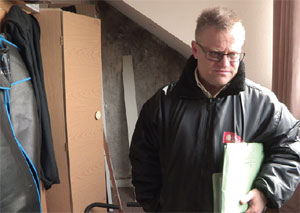 Changes to the process of accelerated possession, through applying to use High Court Enforcement Officers (HCEOs) to evict a tenant, has brought an end to so called ‘7-day’ tenant evictions which were misleading for landlords as well as increasing costs, according to Landlord Action.

The majority of residential possession claims are dealt with in the county court and enforced by county court bailiffs. However, it can take weeks for bailiffs to carry out an eviction.

In some cases, landlords can apply for their case to be transferred to the High Court once a possession order has been made, so that an HCEO can carry out the eviction – generally a much quicker process.

However, with district judges seeing an increasing number of such applications, the Ministry of Justice has changed the process for obtaining Writs of Possession, adding a further two steps to the application process and an additional £200 fee. Some firms have built a business on advertising the 7-day eviction, which, according to Landlord Action, was always extremely misleading for landlords. “This was only ever possible from the point a case was transferred up to the High Court and not from when a landlord instructed an eviction firm,” says Paul Shamplina, Founder of Landlord Action.

7-day evictions were only ever from the point where a case was transferred to the High Court, not when a landlord instructed an eviction firm.

However, even this has now changed as the added administration and waiting for approval could add a further 6-8 weeks in some eviction cases, according to Landlord Action.

In addition, all parties must now be notified of the application, which needs to be evidenced by a witness statement. This must confirm that each and every person in actual possession has been given notice, in writing, of the application, and that no application for relief has been made by any such person. A further step not previously required.

Daren Simcox, Joint Managing Director of Court Enforcement Services, says: “The recent change to the process was brought about by some firms bypassing the correct procedure and using the incorrect forms. Previous practices of using the N293a form was incorrect, as this form is only intended for trespassers. The Civil Procedure Rules, Rule 83.13, requires all occupants to be notified of the application to transfer proceedings to the High Court for enforcement.

Paul Shamplina added, “As a result, desperate landlords with severe cases could now suffer further. We are in the process of ensuring that our system is as efficient as possible to keep time scales to a minimum despite the changes.”