Nigel Lewis meets the man behind hybrid upstart Hortons and asks how his business model has won such success, so quickly. 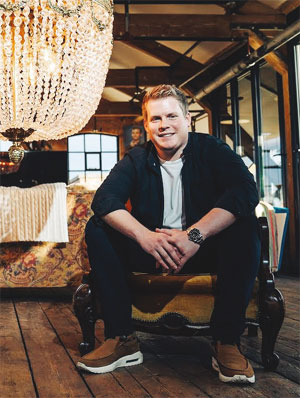 Adam Horton founded hybrid regional estate agency Hortons five years ago. He sees a bright future for the self-employed model in the UK – despite Purplebricks’ decision to convert its field sales teams into directly-employed staff.

Horton says his model and those of hybrid broker-style agencies like his, are taking a more organic approach than Purplebricks’ originally huge push to go national back in 2015.

He also says that although Purplebricks’ LPEs and Territory Owners were self-employed in name, he’s “not really sure that they felt self-employed,” he says. “It’s something we’ve picked up when talking to its former agents.

“Purplebricks is a brilliant organisation and I don’t think anyone can genuinely question their success and their ability to alter their offering to suit the market and they’ve paved the way for the idea that there are other models out there.

“Also, I don’t think any of the self-employment- based businesses employing that model have anything to worry about as long as their agents really are self-employed.” This is why estate agencies like his are always careful to say they work ‘in partnership with’ or ‘power’ their self-employed agents.

Despite being around since 2017 and hoping to hit a turnover of £3 million this year, Horton says most of his agency’s growth has taken place over the past two years. This is no coincidence; hybrid agencies like his have reported a huge change in mindset among agents working for traditional high street agent during Covid and a surge in recruitment.

“We’ve got everything we need now to really roll it out into new areas,” says Horton. “All of our 19 agents have industry track records bar one – TV presenter Kerr Drummond – and it’s only extreme exceptions, where we will take people who don’t have agency experience.”

Horton says his success is signing up ‘authorised partners’ in Leicestershire, Rutland, Lincolnshire, Nottinghamshire and Derbyshire is that, like many hybrid agencies (but unlike Purplebricks) his agents get a much higher percentage of the sales commission pie.

Traditional estate agencies are just trying to hang on to the belief that their brand is worth more than the agent’s network.

“I think traditional estate agencies are just trying to hang on to the belief that their brand is worth more than the agent’s network – but in reality it’s the agent who does the work, has the contacts and who have the reputations,” he says.

“But I think there is a power shift taking place now as established agents realise that they can leverage their local knowledge, contacts and track record to earn more money and be their own bosses.

“I see our model as more of a partnership – we deliver the support so they can focus on working their network. And we are a team – not a disparate set of partners. And that’s why we’re expanding more slowly than some of our counterparts; but it’s also why we got such a big share of the territories where we do operate.

“Also, our partners have a complete support package – they’re not just out there on their own with just a ‘Rightmove reseller’ type set up behind them; it’s a team that is really going to help them grow and expand their business.”

Getting to this point has not been entirely smooth, Horton admits. He says the first iteration of his agency was a steep learning curve and it took a while to get its business model working properly.

Horton says he’s playing the long game, but he expects his network to go national within four or five years. And he suggests that the estate agency world will be very different in around ten years as more agents embrace his US-style brokerage model.

Horton says his agency is not a ‘disruptor’ in the tech sense of the word, but that his agents do ‘shake things up’ when they open up in a new territory.

“I don’t think we’re bringing in a new model either – for years now the rest of the world has adopted the ‘broker model’ and until now the traditional high street agency industry has resisted it, but I think that’s changing.”

Education: Politics degree and then a one-year residential sales course in 2011. Joined the property industry aged 17 years old working for high street estate agency in Rutland, setting up his own agency a few years later.

Business ventures: As well as Hortons, Adam has been involved in co-founding digital-first mortgage broker Rippled.

Location: The company is about to move to a new HQ in Leicester, but retaining its original Loughborough base.