Sign in or Sign up
The essential site for residential agents
Home » News » I’m a star! ARLA member to feature centre stage in next TV ad for Propertymark
previous next

I’m a star! ARLA member to feature centre stage in next TV ad for Propertymark

Nottingham agent who started up his own business last year is to be star of latest creative.

The star of Propertymark’s latest TV advert has been revealed and it’s Adam Kingswood of Kingswood Residential in Nottingham (pictured, right).

He will feature prominently in the soon-to-be aired follow-up to the NAEA/ARLA’s first ad which aired last month and included shots of several dozen agents carrying placards (see below) around a field, as well as a cow and a cheeky voiceover.

Adam was picked from among the two organisation’s 20,000 members to star in the ad, which will be screened soon on several TV channels including More 4, Home, Good Food, Eden, Discovery, Sky Sports News and Sky Living. 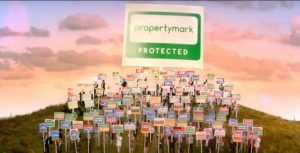 “The TV campaign has taken several months to develop, and it was really exciting to be involved in the filming of the advert,” Adam told the Nottingham Post.

“By displaying the Propertymark logo in our agency window we’re letting consumers know they’re in safe hands and their money is protected. The launch of this television advert will help to raise further awareness.”

Adam set up Kingswood Residential Investment Management in January last year and has ten years experience of the Nottingham property market including spells at Leaders, where he was branch manager, and PWR Lettings, where he started his career.

David Cox, Chief Executive of ARLA (pictured, right), says: “At present, consumers don’t know where to go for property advice or can’t be sure if they are dealing with a professional.

“Propertymark is changing this by acting as a stamp of approval for consumers when they seek property expertise.

“With the help of our members, we’re encouraging consumers to look for the ‘Propertymark Protected’ logo. This means they’re dealing with a professional who has opted for regulation in an unregulated sector and will ensure their money is protected.”