Agents’ Mutual’s ‘one other portal’ continues to have an impact

Agents’ Mutual, the collective of estate agents launching a challenger property portal, OnTheMarket.com, with a view to breaking the so-called duopoly held by Rightmove and Zoopla continues to have an effect on the market with its ‘one other portal’ rule requiring their member agents to stop advertising on either Rightmove or Zoopla, despite the fact that the website does not launch until Monday 26th January 2015.

In the past few days Chestertons has announced that that they will no longer be listing properties with Rightmove, while CKD Galbraith will be leaving the Zoopla Property Group (ZPG).

Chestertons, a founding member of Agents’ Mutual, last week announced that it will be advertising on the Zoopla and Prime Location websites from January.

It is widely acknowledged amongst the industry that Zoopla and its premium PrimeLocation website has taken substantial market share and is now the strongest performer in London. This is one of the main reasons for Chestertons choosing Zoopla Property Group.

Robert Bartlett (left), CEO of Chestertons and a Founding Director of Agents’ Mutual said: “We have looked carefully at data collated over the past 12 months and the numbers clearly show that our properties get more views and our clients get more leads from the Zoopla and Prime Location websites when compared to other property portals. Based on our analysis of the data, this was an easy choice for us. 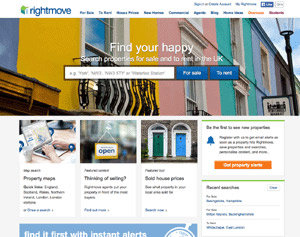 “The strength of the Zoopla and PrimeLocation brands in London and the South East is clear and our clients expect to see their properties advertised on these websites. We look forward to continuing to work closely with the Zoopla team in 2015 and beyond.”

Following its own extensive research, major Scottish firm CKD Galbraith has decided that from next month they will no longer be listing on the property portal Zoopla, enabling their company to list their properties for sale and to let on Rightmove and on the OnTheMarket.com.

Simon Brown, Head of Residential Sales at CKD Galbraith, one of OnTheMarket.com’s Gold members, said: “OnTheMarket.com will challenge the existing duopoly of Rightmove and Zoopla and it is our belief that this customer focussed property portal operated on a not-for-profit basis, and existing purely to promote properties, can only benefit vendors, landlords and buyers.”

Elsewhere, Barton Wyatt and Spicerhaart Group were recently among those firms to confirm that they will no longer be listing properties with Zoopla, as part of OnTheMarket’s ‘one other’ rule, while Henry & James and Kaye & Carey are among many companies that have informed JUNGLEdrum that will be leaving Rightmove.