Agents receive a surge in calls 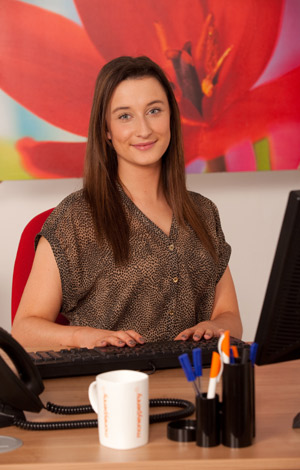 According to its second quarterly (Q2) review of call data, calls to agents are up 8.3 per cent in comparison to the first quarter (Q1) of this year, reflecting the fact that there has been a sharp rise in the volume of calls being handled by the Moneypenny call centre, as more agents turn to virtual receptionists to help cope with busy workloads.

“We are extremely busy with our sales figures currently exceeding those of the market peak in 2007,” said Richard Heppenstall, Director of West Sussex-based Michael Jones Estate Agents, which usesMoneypenny’s service.

Moneypenny, which works with over 850 agents, estimates that it now answers in the region of 1.2 million ‘overflow’ calls a year for the sector.

On annual basis, the combined figures for Q1 and Q2 highlighted a 20.3 per cent increase in the volume of calls answered for agents by Moneypenny, when compared to the first half of 2014.

“More and more agents recognise the benefits of engaging with an outsourced partner to ensure they capture every opportunity,” said Moneypenny’s Commercial Director, Joanna Swash (left).

She added, “Effective outsourcing is not about being a supplier – it’s about building a great relationship as a seamless extension of the agent’s in-house team.”

Looking at specific regions, there was a mixed picture within Moneypenny’s property client base of estate and letting agents immediately after the recent General Election.

The company extracted `like-for-like’ call data from its agent clients across the UK – all using the company to handle overflow calls – and looked at figures for the 37 day period from the start of Q2 (April 1) up until General Election Day (May 7), then compared them to data from the equivalent number of days from May 8, post-election.

In England, the South West recorded the largest post-election call increase of 6.1 per cent, followed by Yorkshire and Humberside (1.8 per cent), East England (1.4 per cent) and Greater London (0.6 per cent).

In contrast, a number of areas saw a fall in calls, led by the East Midlands, down 8 per cent. This was followed by the South East (-7.8 per cent), the North East (-6.3 per cent), West Midlands (-6.1 per cent) and the North West (-4.1 per cent).
Michael Nettleton, Sales and Marketing Director at Nock Deighton inShropshire, commented: “We were busy pre-election although the last quarter has been a bit disappointing.”

Across England overall, calls were down by 1.8 per cent, in Wales by 3.4 per cent and in Scotland by 5.3 per cent.
Other property-related sectors saw a post-election bounce, with calls to conveyancers up 4.3 per cent, calls to furniture removal clients up 26.8 per cent and calls to construction companies rising 16.5 per cent over the corresponding period.