Gilbert & Rose estate agents sponsorship of Southend United's West Stand has caused a Twitter storm – for all the wrong reasons... 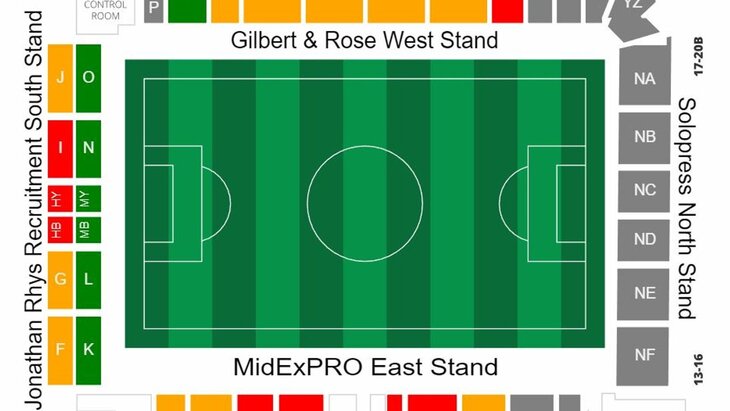 Gilbert & Rose estate agents have found themselves in the middle of a PR pickle as a result of a sponsorship deal with their local football club.

The unfortunate juxtaposition of their brand and the West Stand, resulted in ‘Gilbert & Rose West Stand’ being printed on season ticket cards as well as the club’s website (main picture) which could be costly for the National League club to change.

Rose West collaborated with her husband Fred West in the torture and murder of at least nine young women in the 1970s and 1980s as well as murdering her eight-year-old stepdaughter in 1971. She is currently serving a whole-life term for the murders.

The Athletic’s Iain Macintosh tweeted: “Southend United have sold the naming rights for their West Stand to the local estate agents Gilbert & Rose. I don’t think they thought this one through…”

Southend kick off their 2022-23 campaign at home to Boreham Wood on Saturday.

“They are a fantastic local estate agents and we look forward to working with them during this partnership, which will include a number of community projects,” a spokesman told PA news agency.

Director Perry Rose from Gilbert and Rose did say: “It’s a complete coincidence. I think we thought it was going to be called the G&R Stand but this was no marketing ploy from Southend or ourselves.

“We’re going to have a chat with the club and see what they want to do.”

Gilbert and Rose have pledged to give tickets to local schools every home game as part of the deal.

The Neg has approached Gilbert & Rose and Southend United for comment.

Public relations expert Richard Chew from Different PR, told The Neg: “Few sponsorship deals have netted a more spectacular own goal than this.

“This gaffe could – and should – have been avoided. Someone, somewhere did not have their eye on the ball – literally.

“Although it’s impossible to put the genie back in the bottle, there is one quick fix solution for Gilbert & Rose and perhaps a more positive PR opportunity – simply swop sponsorship to the East stand.”  Hopefully East Stand sponsors MidExPRO will agree…