Sign in or Sign up
The essential site for residential agents
Home » Charity » Agents up for knockout night!

Agents up for knockout night! 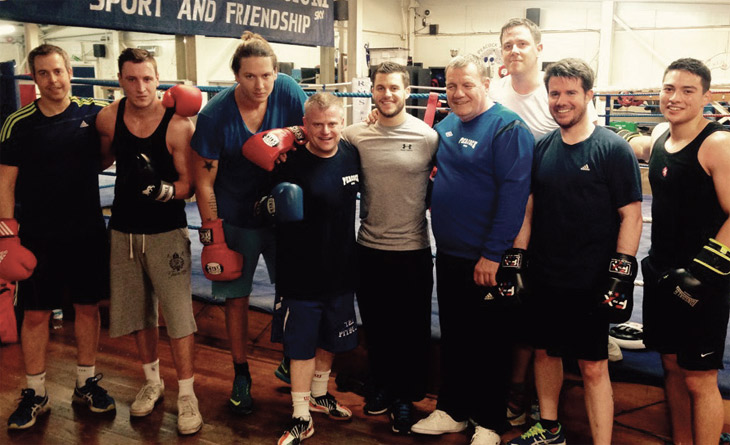 Estate and letting agents who are taking part in what has billed as the biggest white collar boxing event ever brought to the property industry, ‘Rumble with the Agents’, recently met up for their first group training session.

The session, which took place at the world famous Peacock Gym, was fi lmed by Channel 5 as part of a documentary following the work of Landlord Action, which is organising the event.

The charity bash, which is due to take place at The Holiday Inn in Finchley Central, north London, on Thursday 21st May 2015, is being held in aid of the Rainbow Trust Children’s Charity, which provides emotional and practical support to families who have a child with a life threatening or terminal illness.

The evening will consist of at least five fights, a three-course dinner with unlimited drinks, an auction, ra e, celebrity table and a disco afterwards.

“The response to this event has been fantastic, with over 200 tickets sold already,” said Paul Shamplina of Landlord Action. “John Conteh, a British former boxer who was world lightheavyweight
boxing champion, is running our live auction and Channel 5 is fi lming the event to conclude a series they have been filming which follows the work of Landlord Action. It will be a great night, for an even greater cause.”