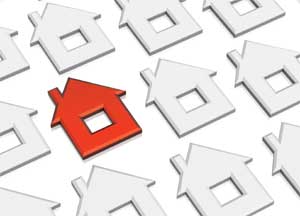 “Summer time is normally when buyers tend to disappear away and so demand falls until everyone’s back in September feeling like they can’t possibly spend another Christmas in the same home! However, only Agency Express is reporting this. Most indices suggest the summer will remain quite busy as buyers who looked earlier in the year and didn’t find what they wanted, or felt they were competing too much with others and decided to stop looking. Overall though, property price wise, apart from the city areas (according to Hometrack) things do seem to have slowed down towards the end of the half-year. Moving on, we should see stable growth in volumes as statistics are compared to the slowdown caused by the MMR. It’s too early to say whether this will result in an increase in prices, or if they will continue to ease.”

Small price increases off the back of low volumes make it virtually impossible to increase business unless you add other services or acquire competitors.”

Home.co.uk: “Over the last seven years, the fortunes of the regional property markets have varied considerably. At one extreme we have observed a price growth in London of 44.9 per cent, whilst at the other end of the spectrum, prices in the North East remain 6.4 per cent below their July 2008 levels. Prices in the three northern regions of England as well as Scotland and Wales all remain significantly below their pre-crisis levels, in nominal terms. Indeed, in real terms, taking into account seven years of inflation, the actual capital losses for property in those regions are in the range of 25-30 per cent. Viewed from this perspective, it is only London and the South East that have beaten the eroding effects of monetary inflation. (Jul 15).”

Hometrack: “House price inflation at a city level ranges from to 2.9 per cent in Liverpool to 11.6 per cent in Cambridge. Oxford and Cambridge continue to perform like extensions of the London market with all cities having a very similar profile of house price growth over the last eight years. Across the larger cities of northern England house price growth continues to increase, but it’s off a low base. The so-called ‘northern powerhouse’ cities of Leeds, Manchester, Newcastle, Liverpool and Sheffield have all registered a pick-up in growth since 2013 but with average prices still below 2007 levels. (Jun 15).”

“The indices show some different results mainly because the Home.co.uk and Hometrack data is more reflective of the current market, whereas the Land Registry shows what happened in the market some months ago. What’s clear is how much the economy impacts on property prices. We often hear talk of people not being able to buy because of affordability issues, but Someone is buying and Someone is able to fund higher prices. This is typically where economies are doing super well, wages are robust and rising, and, of course, demand is substantially outstripping supply – London, Cambridge and Oxford being a case in point. People make so much money in these areas that they can afford the rises to the limited stock available. In these cases, the only solution to affordable housing locally is that subsidised by the  government such as Help to Buy, Shared Ownership and discounted homes, and it’s these types of schemes that agents need to be involved in selling as this government is definitely planning to increase stock for these affordable solutions.”

Rightmove: “Demand remains high, with visits to the Rightmove website and enquiries to estate agents up by 22 per cent in June compared to the same period a year ago. (Jul 15).”

Home.co.uk: “A resurgence of buyer demand continues to drive prices higher, predominantly in London and the South of England, bolstering confidence amongst vendors. (Jul 15).”

NAEA: “Average of 439 house-hunters registered per branch in June, up from 383 in May. June witnessed the highest demand for housing for 11 years. In August 2004, 582 house hunters were recorded. Agents reported a decrease in sales to FTBs, with only a quarter (24 per cent) of sales made to this group; this is a 17 per cent drop from last month. (Jun 15).”

Nationwide: “The outlook on the demand side remains encouraging. Employment growth has remained relatively robust in recent quarters, and, after a prolonged period of subdued growth, wage growth is also edging up. With consumer confidence buoyant and mortgage rates still close to all-time lows, demand for housing is likely to firm up in the quarters ahead. (Jul 15).”

Halifax: “This combination of well-supported demand and tight supply is likely to ensure that house price growth remains relatively strong in the near-term. (Jul 15).”

Agency Express: “Out of the twelve regions recorded by the Property Activity Index, seven reported declines in properties ‘sold’, with the largest decline recorded in London, falling by -19.4 per cent. The East Midlands recorded their best July since the Index’s records began, with an increase of +4.1 per cent and the North West recorded the highest overall increase of +10.6 per cent. (Jul 15).”

“Demand is clearly still remaining high this year. As the introduction of MMR put people off altogether or held them back from buying in the second half of last year, especially in expensive areas such as London, the second half of the year could be much better volume wise. We will have to wait for several months’ data to find out if this increased demand will help to fuel house price rises in the rest of the regions, rather than just London and the South East, or if the price increases achieved prior to the credit crunch in some areas were true asset bubbles, driven by unsustainable lending.”

Rightmove: “The number of properties coming to market is running at a weekly run-rate 10.6 per cent below the same period in 2014. The biggest drop-off in fresh supply is in the typical first-time buyer sector with two bedrooms or fewer, the sector where demand was already at its highest compared to available properties. The shortage of suitable property for sale highlights the need for an urgent and marked increase in the overall housing stock to help keep pace with the growth in household formation. (Jul 15).”

Home.co.uk: “The supply of property for sale remains low across the UK; down by six per cent (June 2015 vs. June 2014). Only in the North East region, where the recovery is still in its infancy, do we see a significant rise in supply (up six per cent compared to a year ago) and this has served to make prices dip this month. (Jul 15).”

NAEA: “The supply of properties has decreased marginally, from 46 per NAEA member branch in May, to 44 per branch in June. (Jun 15).”

Nationwide: “It remains unclear whether activity on the supply side will catch up with demand. The number of new homes under construction has started to pick up, albeit from historically low levels, and further increases are required if a sustainable recovery in the housing market is to be maintained over the longer term. (Jul 15).”

Halifax: “Supply is highly restricted with the stock of homes available for sale falling further to new record lows. (Jul 15).”

“No conflict with the indices from a supply side: we haven’t enough homes for the number of buyers and we need to build more quickly! Many people blame agents for the increase in property prices, which is somewhat ridiculous as if agents have the power to increase prices, then why do they ever fall? What people forget too is that for agents and those in the buying/selling business to grow, they really need volumes to rise, and as yet, we haven’t recovered in most areas to volume levels achieved before the credit crunch, mainly because there are just not enough properties to sell. Property price increases off the back of low volumes isn’t much of a substitute, and makes it virtually impossible to increase business unless adding other services or acquiring competitor businesses.”