Some clients need to be treated with special care, says Rebecca Marsh. So mind your language and don’t press Send until you’ve checked who it’s going to...

A case that The Property Ombudsman (TPO) was asked to review came from a seller concerned with three issues, including:

Security of the property 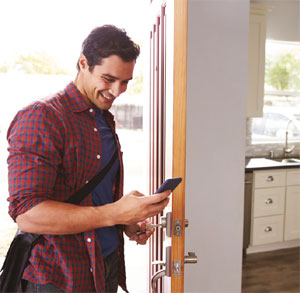 This issue related to the property being left unlocked by the agent. The 2019 edition of the TPO Code of Practice for Residential Estate Agents was considered with a particular focus on Paragraph 8h which states that “[agents] must exercise reasonable diligence to ensure that, after any visit, a property is left secure”.

The agent reported to TPO that one incident had occurred but said the seller’s son was at home. Files showed that the agent apologised at the time of the event.

In their submission letter the agent added the following, “the reality was that the back door was left sometimes locked and sometimes unlocked. On almost every occasion including this, either one or both of the mature teenage sons were in occupation”.

Agents must exercise reasonable diligence to ensure that, after any visit, a property is left secure.

The seller argued this stating that her son would have had headphones on and the property should have been secure. She believed her belongings were at risk as a result. Whilst the agent should have left the property as they found it, it was impossible to determine if the door was locked or unlocked on arrival. If it was locked initially and then left unlocked, the Ombudsman considered it to have been a genuine mistake and one that was swiftly apologised for.

The apology provided was considered sufficient and the Ombudsman therefore did not support this part of the complaint.

Comments made with a third party

This issue related to the agent’s correspondence with the solicitors representing the seller’s ex-husband, the same solicitors being used for divorce proceedings.

The seller suggested that any issues she raised should have remained private and confidential, and expressed that she had not given consent to her ex-husband being copied into emails from the agent and similarly not to share the content of any emails she sent.

However, the ex-husband had asked the agent to correspond with the solicitors representing him on all matters relating to the sale and he was entitled to do so. Therefore, information was not sent to any unrelated third parties, the solicitors were acting on behalf of the ex-husband.

The agent had an obligation to divulge certain information to the ex-husband via his solicitor. It was part of the Court Order that directed the agent to correspond with both parties in all aspects of the sale.

The seller also complained that comments made were inappropriate.

It was considered unlikely that the agent had ill intent in mind and that it could have been frustration with the situation they found themselves in, caught in the middle of an acrimonious divorce. They were entitled to express their understanding of events, but they should have also been mindful of the fact that any comments made would have been recorded and also may have been relayed back to the seller or used by the ex-husband in the divorce proceedings.

Any comments made by the agent should have been purely factual without giving any personal opinion about the seller’s general conduct or cooperation. The Ombudsman supported this part of the complaint due to a failing under Paragraph 1e of the Code where an agent must “provide a service to both buyers and sellers consistent with fairness, integrity and best practice” and Paragraph 2a where an agent ‘must treat all those involved fairly and with courtesy’.

This final complaint concerned an email sent to the agent about the cat being shut in the lounge after a viewing took place, only to receive a reply back which appeared to have been intended for a colleague as it contained a derogatory comment which the seller believed to be in reference to her.

The agent did not dispute that the seller should not have received the email but denied the content referred to her but a signage contractor. The Ombudsman appreciated that it appeared the member of staff had intended to forward the query to a colleague but accidentally replied to the seller.

Despite the agent perhaps mistakenly making an error it resulted in the seller feeling insulted and uncomfortable. As with the above, the Ombudsman therefore supported this part of the complaint under Paragraphs 1e and 2a of the Code of Practice.

While not wilful harassment, there was no doubt that the seller had been caused upset by the actions of the agent during the transaction process making an already difficult situation even worse.

The Ombudsman supported two out of the three complaints and made an award of £400 in compensation for avoidable aggravation and distress.