The supply-demand imbalance is continuing to drive up property prices, new figures show. 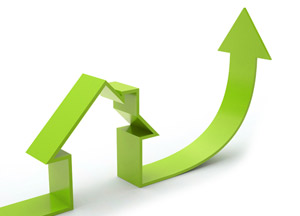 With demand from buyers continuing to heavily outweigh the supply of homes coming on to the market, residential property prices in Britain’s 20 biggest cities is expected to be increasing by 10 per cent by the end of this year, according to a new report.

The latest research by property analysts Hometrack revealed that annual home price inflation is currently running at 8.4 per cent but it estimates that this rate of growth will rise in the coming months, fuelled by high demand and low supply, as well as a strengthening domestic economy, which is fuelling optimism in the market.

The report also found that the average price of a residential property rose by 4.3 per cent in the last quarter to reach £226,200, with quarter-on-quarter gains led by Oxford, up 8 per cent, followed by London (6.6 per cent) and Glasgow (6.4 per cent).

In contrast, Aberdeen was found to be the weakest performer with no real movement in home prices during the first half of 2015.

But Donnell also said that there was a risk that demand for housing may cool, in turn slowing house price growth, if the Bank of England opts to increase interest rates.

“The greatest risk facing the housing market is an upward movement in interest rates,” he added.

Hometrack’s claim that optimism in the housing market is improving is supported by the latest Knight Frank / Markit’s latest House Price Sentiment Index for July, which revealed that household in all UK regions perceived that property prices rose this month, with expectations for future house price rises accelerated to a nine-month high in the South East.

Some 21.4 per cent of the 1,500 households surveyed across the UK said that the value of their home had risen over the last month, while only 4.1 per cent reported a fall giving the HPSI a reading of 58.6 – the 28th consecutive month that the reading has been above 50.

Grainne Gilmore (right), Head of UK Residential Research at Knight Frank, said: “Overall expectations for future house price growth remain firm, underpinned by a strengthening labour market, improving economy and ultra-low mortgage rates. There is now more discussion about possible interest rate rises, but this, as well as the property tax announcements in the Summer Budget, has had little impact on average expectations for the direction of travel for house prices.”

Separate data released by Zoopla also shows that home prices are increasing, with the average value a property rising by almost nearly £7,000 typically during the first half of 2015.

Across the country, the average home added £6,974 onto its value between January and the start of July, according to the website, meaning that a typical property is now worth £270,674.

Scotland witnessed the highest rate of price growth at a regional level, with home prices there rising by 11,382 or 6.6 per cent over the first half of the year, owed in part to a post-referendum bounce.

Across Britain generally, property values are estimated by Zoopla to have risen by 2.7 per cent over the last six months.

Wales was named as the worst-performing region for property price increases over the first half of 2015, with a rise of just 1 per cent, or £1,584.

Zoopla’s Lawrence Hall (left) said: “The strong regional figures across the board indicate an economy which is returning to health, with a series of Government incentives designed to encourage home-buying helping to boost demand for property in all parts of Britain.”