Going once, going twice, going to Rebecca Marsh, The Property Ombudsman, to sort out an argument over an auction fee. 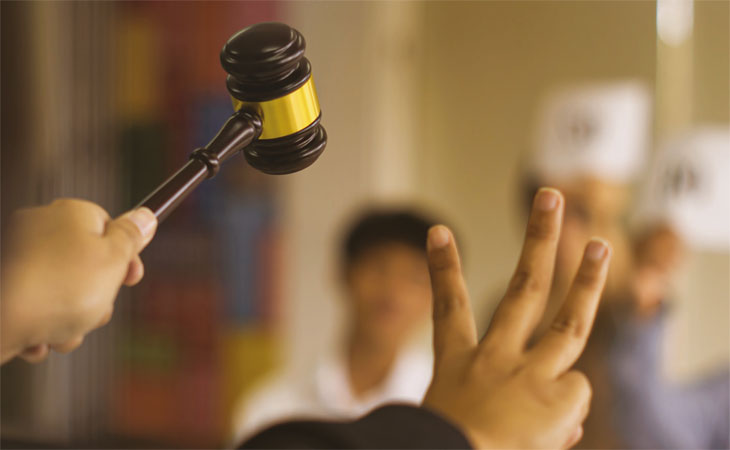 A case that The Property Ombudsman (TPO) was asked to review came from sellers concerned with an auction fee that they did not consider they were liable for.

The 2019 edition of the TPO Code of Practice was considered. For this case, the particular focus was on paragraph 1e which requires an agent to provide a service to both buyers and sellers consistent with fairness, integrity and best practice and should not seek business by methods that are dishonest, deceitful, manipulative or involve misrepresentation.

The sellers instructed an online agent to market the property. An offer was made but rejected due to the potential buyer not having enough funds available to complete the purchase. After a month of being on the market, the sellers agreed that the property be auctioned via a separate company with a reserve price of £390,000.

An offer of £380,000 was then received through the online agent. The sellers said they rejected this offer too because they were contracted to sell the property under the auction rules during this period, plus the buyer did not have the funds to pay a deposit to make a successful bid and the offer fell short of the reservation price.

The property did not receive any successful bids during the auction period and therefore the sellers wrote to the company to cancel their agreement. The sellers went on to receive another offer through the agent, which they accepted.

Following this, the sellers were contacted by the auction company who informed them that the contract they signed was a sole selling rights contract and as the buyer made an offer while the property was still under auction, they would have to purchase the property under its conditions. If the buyer did not pay the auction fee of £6,354 then the sellers would become liable.

The fee was waived – but the sellers wanted compensation for the distress caused.

The sellers considered that as the buyer did not make a bid, he was therefore not engaged in the auction process. They stated that the contract they signed stated a fee was payable only if a bid was made or an offer accepted during the contract period, neither of which took place.

Despite the auction company persisting in demanding the fee, this was later waived. However, the sellers wanted compensation for the distress caused.

The buyer refused to pay the fee because the sellers did not accept that the offer was within the auction timeframes.

The auction company thoroughly investigated the complaint and found that certain points were not made clear to the sellers and buyer from the outset and confirmed they would not be pursuing the fee.

Whilst the Ombudsman appreciated the stress the pursuance of the fee may have caused, the auction company conducted a thorough investigation and waived the full fee which she considered to be a fair and reasonable resolution to the matter.

The Ombudsman was satisfied that although the auction company was entitled to receive its fee, a fair outcome was reached because of incorrect information provided to the seller and buyer.

Therefore, the Ombudsman did not support this complaint and did not consider that the circumstances merited an award of compensation.