ARLA reveals unusual movement in market within its monthly update

The number of people securing rent reductions rose to three percent of all tenants during August, the highest number since the Association of Residential Letting Agents (ARLA) began keeping records.

“The rising cost of renting, especially in major cities such as London, is an ongoing issue in both the buying and letting market so it’s promising to see small steps towards better affordability for renters,” says David Cox, ARLA’s Managing Director (pictured, below).

The rental renegotiation increase is a jump from 2.1% of all tenants in July and is a surprising blip among a set of otherwise strong figures for the sector released today by ARLA.

This includes news that demand for private rented property rose to 37 prospective tenants registered at each branch, and that year-on-year the number of properties registered to let with each branch was up from 178 to 183 or nearly 3%.

“Although Brexit painted a temporary picture of uncertainty for tenants and landlords, our findings show that the market remains in good shape,” says David.

“We’re not seeing anything across supply or demand that is out of the ordinary, and while demand is at high levels, this is being matched with a decent volume of properties on the rental market.” 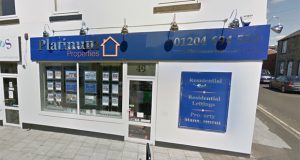