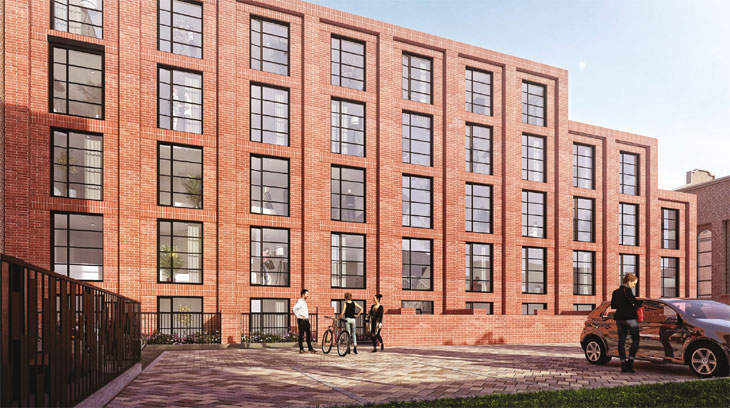 Demand for Assay Lofts, Elevate Property Group’s 32 apartment development in Charlotte Street, overlooking St Paul’s Square in one of Birmingham’s most sought-after locations. The Jewellery Quarter, has been so strong the developers expect to sell out off-plan.

The scheme of one and two bedroom apartments has been designed by Birmingham practice Glenn Howells Architects and is Elevate Property Group’s fourth development in The Jewellery Quarter and tenth development deal in the city.

Scheduled for completion in August 2019, the £3.9 million scheme will, be “A flawless fusion of heritage and 21st Century style at the heart of Birmingham’s resurgent Jewellery Quarter,” says Elevate’s sales and Marketing Director David Hofton. “It is proving very popular with young professionals as it is only a few minutes’ walk away from the city’s leading accountants, lawyers and other professional firms.”

Assay Lofts is being constructed on part of the site of former Assay Office which was based there from 1878 but moved to a purpose built new home on the other side of The Jewellery Quarter in 2015.