Sign in or Sign up
The essential site for residential agents
Home » News » Agencies & People » Auction figures fall but there are positives!
previous next
Agencies & People

Auction figures fall but there are positives!

Auction activity reported in the EIG’s (Essential Information Group) March newsletter looks back at residential auction activity in February and the preceding periods. Comparing the figures to those of February 2016 shows a significant reduction in all measures, with Lots offered, 3183 – down by 15.3 per cent at 3,183, Lots Sold down, 2438 by 16.7 per cent at 2438 and the Total Raised being 16.6 per cent down at £403million.

“Last year, buyers and sellers were racing to complete before the new Stamp Duty rates came into effect.”

However, said David Sandeman, “The comparison to last year is unbalanced due to a major spike in sales as buyers and sellers raced to complete before the impending stamp duty changes, which subsequently came into effect on 1st April 2016.

“Next month’s newsletter should provide a better indication of the market’s progress (and to a greater extent in May), as properties sold within the comparative periods will be subject to the same SDLT rates.

Notwithstanding this, positive gains are evident in many northern regions of the UK for the rolling quarter, where lower house prices mean that stamp duty is less of an influencing factor.” 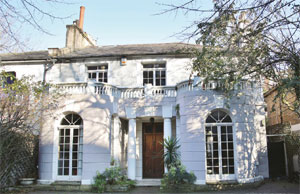 Auction House London is celebrating selling the largest number of lots it has ever sold in a single auction, along with its highest-ever priced property.

Auctioneer Andrew Binstock said, “Another spectacular set of results for Auction House London. Not only are we now the official auction room for Countrywide stock in London, our consistent success means that we are becoming the go-to auctioneer in the capital.

“Our star lot, 14 Wellington Road in St John’s Wood, is the highest priced lot we’ve ever sold under the hammer and was purchased by an owner occupier at a price above the predicted sale price of several local agents – which just goes to show that this type of high-end property can do just as well at auction as the more traditional lower value stock.”

SDL Bigwood’s first auction sale of 2017, held on the day Doris struck, went down a storm at the Holte Suite, Aston Villa, raising £14.7 million with a success rate of 84 per cent.

Gurpreet Bassi, partner and head of auctions for the Midlands, said, “The crowds were happy to battle their way in, despite the wind, so much so that the room was busier than I ever seen it, to the extent that on health and safety grounds security were operating a ‘one in, one out’ policy on the doors.

“At one point, we were considering moving the auction to the football pitch!”

Properties from Bridgend to County Durham were snapped up.

“It really was a great day,” said Gurpreet. “We and many of our vendors were extremely happy with the results.”

The Birmingham sale was the second leg of a hat-trick of SDL Auctions, the others being Chester and Derby – which raised over £20 million. 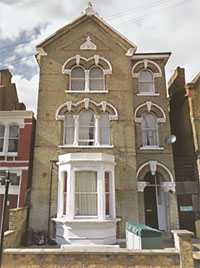 Andrews & Robertson have got the year off to a flying start with their first auction of 2017 held at The Montcalm Hotel, London. A strong catalogue offering buyers a diverse selection of residential and commercial property for occupation, investment and development attracted competitive bidding across the board and raised £28.7m; nearly double that of their first auction of 2016, with 80 per cent of properties sold and an average lot size of £455,355.

The largest lot sold under the hammer was a freehold three floor detached house on Endlesham Road in Balham (below) currently arranged as nine letting rooms. Guided at £1,500,000, the property attracted a high level of interest in the room and sold for £1,660,000.

Budget Blues? Not at Network Auctions 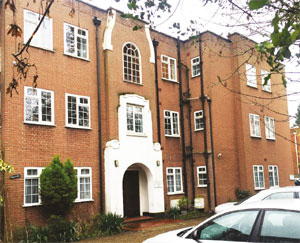 The budget may have been a disappointment for many but across London from Westminster, the Network Auctions auction saw the biggest attendance ever at the Grosvenor House and a healthy volume of serious bids.

Swansea: A derelict cottage with a guide price of £7500 sold for £41000 with bids by phone, internet, proxy and in the room.

Toby Limbrick, Managing Director of Network Auctions said, “This sale showed that the market remains strong for sensibly guided property and that private buyers and investors are willing to commit and buy.

“The market is strong for sensibly guided property and private buyers and investors are willing to buy.”

Our growing network of partner agents combined with our auctions in London and Birmingham is producing excellent results and in this sale we had lots from over twenty different counties attracting great interest.”

The next auction is in London on 3rd May.

Auction House celebrates Budget Blues? Not at Network Auctions auction Award-winning brand Auction House is reporting the second-best month in its ten year history. In February the group sold 466 lots sold from 602 offered – a success rate of 77.4 per cent – which raised £57.7m.

Director Roger Lake says, “Sellers are keen to choose the speed and certainty of the auction method and buyers are genuinely eager to purchase. We are assisting more people buying for their own occupation – such as first-time buyers and improvers – who are helping to move auctions into the main stream.

Auction House is opening a sales room in Peterborough, Cambridgeshire – an area not previously well-served by auctioneers, with an auction scheduled for 7th April, and it will hold its first auction in Exeter, Devon on 27th April. 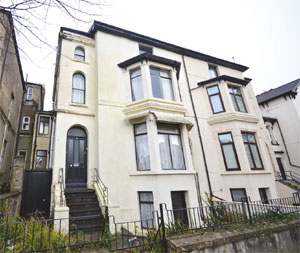 A six-bedroom property in Wordsworth Avenue, Cardiff, sold at an online auction for £342,500 on 3rd March, and all proceeds will go to charity. The deceased estate attracted plenty of interest with a record number of 98 bids and sold for £117,500 or 52 per cent over the starting price.

The six bedroom semidetached house is bright and spacious with large glazed windows located throughout. The property benefits from a garage and a good sized garden to the rear of the house.

Jamie Cooke, Managing Director of IAM Sold, said, “The response to this sale demonstrates how the modern method of an online auction can attract competition and create a bidding war. The price and the starting bid also encouraged a lot of viewings, all of which were completed in one week prior to the property going online which helped to intensify the bidding war on this particular property. It’s great that the proceeds from the sale are going to charity and we’re pleased for the vendor that it attracted such a high bid.”

Strong start to the year for Allsop 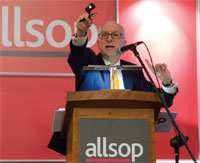 Allsop’s residential auction team got off to a strong start with its February sale which raised £64m with a success rate of 80 per cent, which is expected to rise further as interest continues.

The 281-lot catalogue offered buyers huge choice, both geographically and by property type, and attracted strong interest from its initial release. The average lot size was £330,000.

Auctioneer Gary Murphy (above) had to call for bidders to come to the front of the hall to make room for those who could not get in through the doors at the rear.

Gary Murphy, Partner at Allsop, said, “This was one of the largest crowds we have seen. In particular, there were far more new faces than we remember in recent sales. Many were there for one lot only and were obviously new to the auction method. It would seem that the market, for auction stock at least, has overcome the jitters that were evident during the latter half of last year. The stamp duty increases that have hit buyers of investments and second homes have now become an accepted, if unwelcome, cost. Life goes on.”