Has the Chancellor been listening to the housebuilding industry? 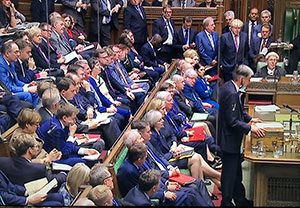 The housing industry’s response to the Autumn statement has been mixed – depending on whether your a housebuilder or in lettings, or whether you believe what he says at all! Some like him…

“Philip Hammond is something of a political novelty, he is a Chancellor who listens,” says Jeremy Blackburn, RICS Head of Policy as The Chancellor, Philip Hammond finished his Autumn Statement.

“Our ‘listening Chancellor’ consulted widely with industry in the build up to today’s statement, as I’m sure he will as Britain moves closer towards Brexit. We haven’t yet seen him pictured in a hard hat, but he clearly understands the housing sector better than his predecessors. 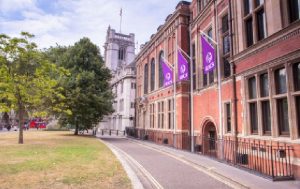 “RICS warned Treasury that the UK is facing a critical rental shortfall of 1.8m homes. Our latest figures show that there has been a 15 per cent decline in house sales to first time buyers over recent months. That tells us that for all the rhetoric, David Cameron and George Osborne’s Starter Homes Strategy failed to get off the ground.”

We can only hope that Jeremy is right. Other industry comments were varied in their support and/or cynicism. Martin Skinner, CEO Inspired Homes, said: “I am pleased that the Government is recognising the need housing. Real steps are needed to address the longstanding shortage of homes in the UK and the Government has now taken measures to inject some confidence into the industry in order to support the next generation of homeowners. It is vitally important that these new measures quickly filter to homebuilders so we can begin work.”

Nick Leeming, Chairman at Jackson-Stops & Staff, is less impressed: “Today’s Autumn Statement announcement was good news for the new homes sector, with the Government …prioritising housing for those who need it most with huge funding boosts given to support the building of more new homes.

“The statement didn’t go far enough however and it was disappointing that there was no reform to stamp duty, despite industrywide concerns, with our recent research showing a 14 per cent reduction in housing transactions year on year and a £400 million shortfall in stamp duty revenue from residential property transactions against predicted revenue this financial year.

Clynton Nel, Residential Director at JOHNS&CO, said, “Housebuilders are not building enough – they never have, missing Government targets for many years – so an increased focus on reaching these goals is very encouraging.”

Martin Walshe, Director, Cheffins Residential Sales commented, “It has been a shock that Hammond hasn’t tackled this ‘tax on mobility’ as a priority. For too long excessive stamp duty has stifled the property market causing a constriction on transaction levels and spiralling prices. The decision not to cut this excessive tax rate will mean that the market continues to stagnate, with prices increasing due to a lack of stock on the market.”

Melanie Leech, CEO of the British Property Federation, said, “This Budget’s hidden gem is the spending on infrastructure to help bring forward housing sites. We are also looking forward to the housing white paper and the policies that Government is working on. We desperately need far more homes and the Build-to-Rent sector is there to support Government meet that objective. Most large-scale Build-to-Rent landlords do not charge tenants fees and therefore they will not be particularly perturbed by the Chancellor’s announcement, but what is banned and how it works in practice will need carefully working through.”

Breaking: Humberts is bought out of administration by its franchisees