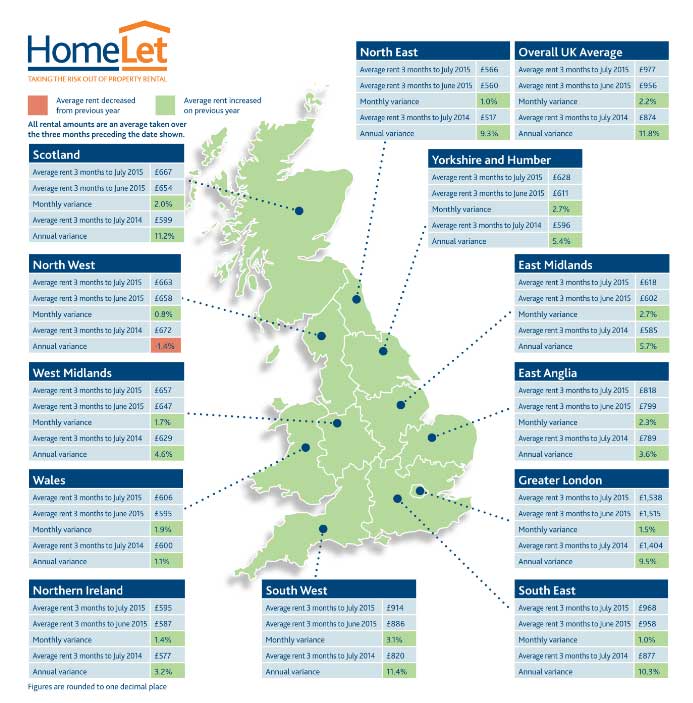 Rental prices rose further across nearly all regions of the UK, led by gains in the South West of England and Scotland, the latest findings from the HomeLet Rental Index show.

Overall rent price increases are now running ahead of inflation and house price growth, with the Index showing that average UK rents are up 11.8 per cent year-on-year, with the median rent for new tenancies over the three months to July 2015 stood at £977 per month or £761 excluding Greater London.

The most expensive rents are to be found in London, where the average rent on a new tenancy now stands at £1,538 per month, up 9.5 per cent year-on-year. However, three regions of the UK saw rent prices increase at a rate exceeding that of the capital in the three months to July 2015. 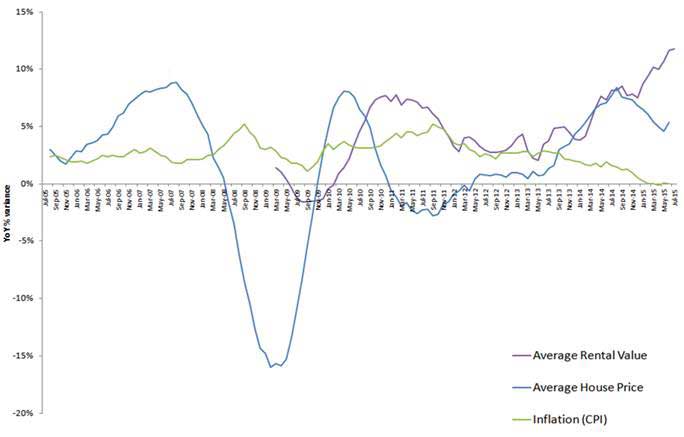 In the South West of England rent prices on new tenancy agreements signed in the three months to July were 11.4 per cent higher than in the same period of last year, in Scotland they rose 11.2 per cent and in the South East of England there was growth of 10.3 per cent.

Martin Totty, Chief Executive Officer of Barbon Insurance Group, parent company of HomeLet, commented, “The index demonstrates just how broad based the rise in rent prices has now become, confirming that this is a UK wide trend. Regions which have long been associated with a buoyant rentals sector, such as London, continue to experience rising prices, but rents are also rising in many other parts of the country at similar rates.”

“The South West of England, for example, is benefitting from its popularity with those attracted to the area for lifestyle reasons, as well as the strong local economy in many of the towns and cities of the region,” he added.