Balancing the business – how the employment market is changing in agency

Clients want 24-hour service, staff want a ‘life’, so, asks Joanne Christie, how do you balance your business? 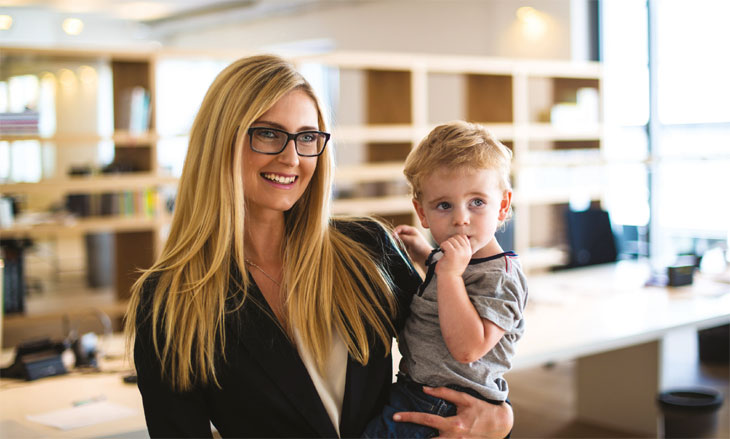 Times are tough for many estate agents. In most parts of the country, London in particular, the market is either flat or falling, depending on which market index you place the most faith in. At the same time, inflation is rising and unemployment is falling, leading to something of a perfect storm for agents – good employees are demanding more money but not enough business is coming in to pay it.

This is particularly true in an industry famed for its commission-based approach to remuneration, says Anthony Hesse, Managing Director at estate agency recruiter Property Personnel, who says the situation is driving some to leave the industry altogether. “I’ve just come off the phone with a candidate and she was telling me that in 2015 she earned £70,000, in 2016 she earned just under £50,000 and this year she is going to earn just over £35,000, so that shows you how things have changed and that is not atypical.

“This person is planning to get out of the business and I think that over the last two or three years quite a lot of people have decided to change careers because they are not earning the type of money they were before and that, tied in with the fact that they are expected to work what are quite long and antisocial hours, means it’s not quite the sexy industry it once was and there are more opportunities now it seems in the wider market.

“One issue which is massive is this whole work/life balance – it is simple things like offering someone a day off in lieu the next week if they work a Saturday. People are more interested in that now than they are on an extra grand on a basic salary.”

Unfortunately, says Hesse, many of the companies he recruits for are simply not getting the message. “We have tried advising them but their attitude is – and I do understand this – that it is a service industry. But I do think they need to be a bit more creative. Maybe you don’t need all the negotiators in the office after 6pm at night, maybe one can go home early one day and one the next. We’re in 2017 now so something is going to have to give.”

Some agents have cottoned on to the need to be more flexible, however, even if the industry is shifting at a slower rather than some others. Lucy Pendleton, co-founder of James Pendleton Estate Agents, says the agency is increasingly developing more lifestyle-friendly work patterns.

We’ve introduced a job share for two consultants who have both had babies and are now back sharing a job. It’s a great asset to the company. Lucy Pendleton, James Pendleton.

“One of the things we’ve just done is to introduce a job share with two of the consultants who have worked for us for about three or four years. Then went off and had babies and then have both come back to work, wanting to be mums as well as people with careers, so they have now joined together and they do a job share.

“For us it is great because we have got two very good, very strong consultants – in fact they were both assistant managers when they left to go on their maternity leave – back working for us, which is a great asset to the company because they were both brilliant and still are.”

She says there’s also increasing pressure from employees on Saturday working. “There’s definitely a stronger calling nowadays for people not to want to work Saturdays. We work alternate Saturdays as a consultant. Once you start to be promoted and go up to a senior consultant then you will do one in three and once you come to assistant manager it’s one in four. Managers can work as many or as few as they want.”

But she admits that there’s a balance to be struck between employees’ desires and the needs of the business, which haven’t changed in recent years.

“The buyer patterns or tenant patterns are very much the same. They have jobs to do, they have to work wherever they need to work. It’s a rarity that they will leave work to come and do a viewing, quite frankly because they can’t. They have got a contract and an obligation to their employer to be at work. On occasions some buyers and tenants will take some time out of work to come and view something quickly if they need to view it for a second viewing or there is pressure to make an offer but it is one in 25 or one in 30 people who will do that at any one given time. You have to make yourself available around the work hours of individuals so it does mean we have to work the later hours.”

But for some, there simply isn’t enough give and take in the traditional estate agency model to also accommodate a good family life balance.

Our office manager works two half days a week in the office and from home the rest of the time, doing some evening viewings – if she wishes to. Ellie Rees, Brickworks.

“Rex’s background is estate agency but one of the reasons he wanted to leave was that he found it so restrictive. At the time we had just had a baby and he was having to be in the office at 8 o’clock on the 2nd January when actually we just wanted to be on holiday and there was no point being in the office on the 2nd of January because it is dead and nobody is looking for houses the day after New Year’s Day. So he had found it really restrictive and difficult as an employee of a conventional corporate agency.

“As a result, we established our own slightly unorthodox agency and give all our employees the opportunity of flexible working, which we have found attracts the very best candidates, and often those with non-agent backgrounds and good educational qualifications. For example, our office manager has a first class honours degree in psychology and works two half days a week in the office and from home the rest of the time, while making additional hours (if she wishes) by doing viewings in the evenings and on Saturdays. She is brilliant at what she does, very loyal and the anchor of the company. Our clients love her.”

Brickworks breaks the typical mould by offering salaries rather than basic + commission for permanent staff and set fees for their freelancers – regardless of whether a property sells or not.

Brickworks also breaks the typical agency mould by offering salaries (rather than basics and commission) for permanent staff and set fees per property for the roster of freelancers it has working for it, regardless of whether a property sells or not. “The way we incentivise, is by paying proper salaries irrespective of how the company does in any one year, and then offer bonuses in the form of profit share on top of that. So far, it’s appears to be a far healthier and more enticing package for most,” says Rees.

Whether such an approach would work in a buoyant market is debatable, but certainly recruiters report that in this current flagging market candidates are increasingly demanding better basic salaries to compensate for a lack of commission.

Another approach also challenging high street agents has only recently begun emerging, says Lynn Cannell, director at LCA Recruitment. “We’ve noticed for the first time ever as a regional agency that more and more highly experienced people are moving over to the online agencies. Historically although they’ve been out there in the market and growing at pace we’ve not personally encountered many people wanting to move out. They’ve been traditional agents with traditional values and been quite dismissive of that model. I think there’s been a shift in attitude and we’ve noticed some very experienced people moving over to that model and reported to us some positives.

Again, she says the attraction is largely the flexibility, but also partly the business model. “They are effectively self-employed, the business model provides them with huge marketing to attract the enquiries whereas traditional agents are having to proactively go out and seek out new business opportunities. This model is being sold to them on the basis that ‘we will bring the business to you, we will hand you the leads and you just need to convert them’. And the commission is fairly good so I think they have control, they are their own boss, they manage their own time, they can employ other people within that model, they get some weekends back and at the moment they seem to be getting the volume of enquiries that allow them to convert.”

Anthony Hesse agrees, but says it’s too early to tell if this trend will continue, and also that it’s not for everyone. “There have been some agents who have gone off to work for these online agents and then gone back to work for traditional mainstream agencies again. So it doesn’t suit everybody and you have to be a certain type of individual — you have got to really motivate yourself and some people are not very good at doing that sort of thing.”

Whether the move towards the self-employed environment becomes an enduring trend remains to be seen but when it comes to employees’ desire for flexible working, the direction is clear – people want a better work/life balance and if you’re not willing to give it to them, they may just start looking elsewhere.