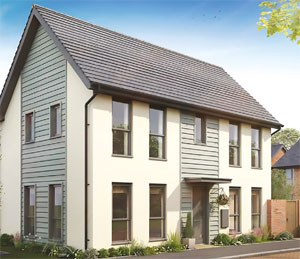 The home of one of the nation’s favourite sitcoms is currently Great Britain’s hottest market for property asking prices, according to new Rightmove data.

Barry, in the Vale Of Glamorgan in Wales, is famous in the BBC’s Gavin & Stacey sitcom as Stacey’s hometown, is currently the most thriving housing market with average asking prices rising by 11 per cent over the past year.

Fans of the show may also be interested to know that there’s currently a threebedroom end-of-terrace house for sale on the same street where some of the best-loved characters live in the show.

Average asking prices in Barry are more than 20% higher than they were five years ago when they were £156,878.

Andrew Fenton, Sales Director at Vale of Glamorgan based Chris Davies Estate Agents, said, “Barry is the place to be so I’m not at all surprised by Rightmove’s findings.”