Two venture capital trusts who between them hold 12.34% of The Property Franchise Group's shares say they would welcome negotiations between the two company's boards.

The merger of two of the UK’s largest lettings agencies took a step forward today after two key shareholders in The Property Franchise Group (TPFG), which owns Martin & Co, said they supported the boards of both of TPFG and Belvoir engaging in discussions.

After initially being rebuffed in its attempts to merge with TPFG, Belvoir is now engaged in a hostile takeover of TPFG and is hoping to persuade TPFG shareholders to back the deal.

This now appears to be taking place. The two shareholders now backing negotiations are Amati Global Investors Ltd on behalf of Amati VCT, and Hargreave Hale Ltd on behalf of Livingbridge VC LLP.

Between them they represent 3.18 million ordinary shares in TPFG or 12.31% of its current issued share capital.

After initially requesting talks with the TPFG board about a possible merger but being rebuffed, Belvoir went public with its plans for a merger/takeover last month, which it said would be funded via a combination of new ordinary shares in Belvoir and cash. 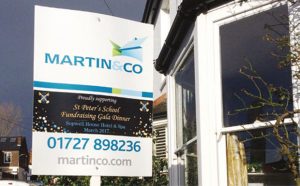 Belvoir initially said it was surprised by the rebuff after being led to believe the TPFG board might interested in discussing a merger.

Despite having secured the support of investors holding 12.31% of TPFG, Belvoir still has some way to go before it can secure a majority and force through a merger – as the TPFG board speak for 49.3% of TPFG shares.

“The Belvoir board remain very willing to have an open and constructive discussion with the TPFG board about the Possible Merger Offer,” Belvoir Chairman Mike Goddard said recently.

Industry predicts: “What happens when the housing boom ends?”