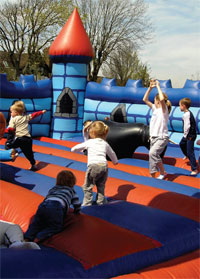 Kate says: Fascinating statistics are coming out of the property market following the ‘before’ and ‘after’ effects of the increase in Stamp Duty for buy-to-let properties.

Rather than help to slow the tide of price increases in the market it’s done the opposite, with all indices showing increased price inflation year on year.

Rather than helping to slow the tide of price rises, Mr Osborne has done the opposite, with all the indices showing increased inflation.

The NAEA says that during February, 85 per cent of agents reported an increase in buy-to-let, contrary to the Treasury and MPC’s plans to reduce investment. Meanwhile, a fascinating report from Countrywide on the rental side for March/April tells us that due to this rush in buy-to-let, in landlords have had to compete for tenants for a change, so it’s dampened rental growth – although that is likely to be a fairly short term unintended consequence of beating the stamp duty hike!

The stamp duty hike has had the opposite effect than the Chancellor planned.

Rightmove: “The break through of the £300,000 mark is not being driven by London, where prices are at a standstill. Upwards price momentum and stretched affordability are spreading north and west, with six out of ten regions achieving record asking price highs.
RICS: “At regional level, East Anglia continues to register the sharpest price increases. London and the North East were the only two regions in which prices failed to rise, holding broadly stable
over the month.”

Kate says: The most stark regional difference in the reports for March is in Nationwide data which tracks house price growth in the North versus the South. It shows how national averages, although interesting, completely distort the picture of what’s happening to prices in general and that it’s mainly the South driving prices upwards. Regionally in England, Land Registry data still suggests five out of nine regions have yet to recover to pre-credit crunch levels, while most of the more recent indices are showing that London is slowing, while the East is performing well – even better than the South West and East.”

LSL: “Within the capital, the gulf in home prices has moderated. The cost of a typical home in London’s most expensive borough Kensington & Chelsea (£1.9 million) remains 6.8 times higher than its cheapest, Barking and Dagenham (£274k). This situation may be improving, with prices in Kensington & Chelsea only up 5.1 per cent year-on-year, while Barking and Dagenham enjoyed an 18.4 per cent rise in property values over the year.

“Bath & North East Somerset has seen the biggest boost of any local authority in England and Wales in March, with values jumping 5.3 per cent (£18,603) month-on-month.”

Kate says: According to the Land Registry data, of the 22 towns they track, 10 are still set to recover to pre-credit crunch levels. Although the more up to date Hometrack Cities index suggests some pretty serious price movements outside of London. For example, they highlight Portsmouth, Leeds, Nottingham, Birmingham and even Glasgow as seeing the highest rate of growth for the last 8-10 years at 8-9 per cent. What the data does consistently show though, is the spike in house prices we’ve seen in the likes of London, then Cambridge, Oxford and Bristol doesn’t last and growth rates are already being subdued.

NAEA: “Sales to first time buyers (FTBs) decreased in February, with only 25 per cent of sales made to the group. The average number of sales completed per branch increased from eight to nine. 85 per cent of members reported an increase in buy-to-let purchasers.”
RICS: “After gathering pace following the announcement of an additional three per cent stamp duty surcharge, buyer demand continued to rise. Newly agreed sales rose firmly on a UK-wide basis.”
LSL: “We estimate that the number of housing transactions in England & Wales for March 2016, as recorded by the Land Registry, will total 80,000. This is 18,650 transactions higher than in February, an increase of 30 per cent, and 7 per cent higher than the typical ‘spring’ increase of 23 per cent for the time of year. Our predicted level of sales for March 2016 will be the highest number of transactions in the month of March since 2007, when volumes reached 110,250. However, there clearly are exceptional reasons for this, and we can anticipate that sales volumes will fall in April 2016 to levels similar to those in April 2015.”
Agency Express: “National figures show properties ‘sold’ during March, month on month, fell by -10 per cent. Only one region, the North East, recorded an increase in properties ‘sold’ bucking seasonal trends recording a robust increase of 20.3 per cent. Regions recording the largest falls in properties ‘sold’ include Wales -19.3 per cent; West Midlands -13.9 per cent; South East -13.6 per cent with both East Anglia and East Midlands at -11.8 per cent.”
Bank of England: “The number of loan approvals for house purchase was 73,871 in February, compared to the average of 70,991 over the previous six months.”
BBA: “Mortgage borrowing remained buoyant in February. The number of mortgage approvals in February was 26 per cent higher than a year ago, with re-mortgaging up 31 per cent and house purchase up 20 per cent.”
Land Registry: “In the months September 2015 to December 2015, sales volumes averaged 78,778 transactions per month, a decrease from the same period last year, when volumes averaged 79,237 per month.”

Kate says: According to the NAEA, ‘Demand for housing was the highest level for 12 years in February’ and most of the market reports are saying there was a huge effort to secure properties by buy-to-let investors prior to the stamp duty increase. This has distorted the percentages in first time buyer activity, but this should be temporary. And whenever we’ve tended to see a ‘spike’ in one month, transactions have usually fallen back in the next, so April figures are less likely to be as buoyant.

Rightmove: “The release of pent-up demand and the shortfall in housing supply are resulting in insufficient availability of affordable stock in many locations.”
NAEA: “The average number of properties available for sale per branch increased from 33 in January to 35 in February but is 19 per cent down from the level seen in February 2015 when there were an average 43 houses available per branch.”
RICS: “New instructions to sell have begun to rise modestly with fresh listings increasing in each of the past three months.”
Agency Express: “National figures show properties ‘for sale’ fell by -4.7 per cent. Across the rest of the UK, only two of the twelve regions reported increases in new listings ‘for sale’ being Scotland with an increase of 11.5 per cent and East Anglia 1.1 per cent. All remaining regions posted falls in new listings.”

Kate says: While the NAEA reported the highest demand since 2004, the RICS says that stock levels are way lower than they were 10 years ago – restricting supply helping to drive up prices where buyers can afford to pay more, but limiting the sales achievable per branch.

The reality is whatever the government tries to do from a tax perspective or with regards to rental controls or banning second homes, the one issue will remain – where there isn’t enough stock, the highest bidder will always win and where stock is freely available prices and rents stabilise. Trying to manipulate markets with a supply problem will only end up distorting them and lead to unintended consequences that harm everyone.

Until stock problems are addressed, either through more building or through lower demand due to a lack of confidence in the market/economy, prices and rents are likely to remain buoyant while sales are likely to continue to be limited.