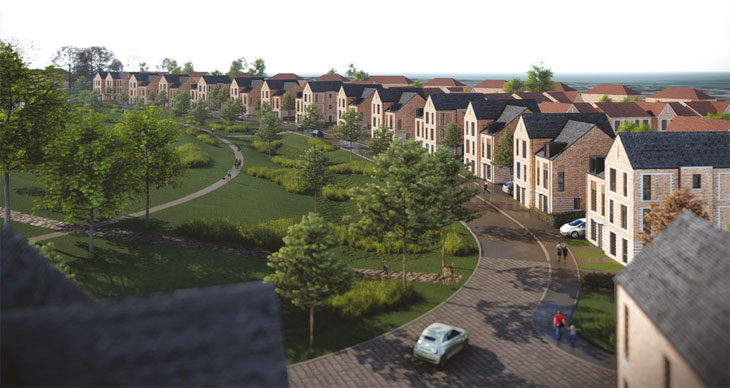 More positive data revealing how the housing market is reviving has been published by the UK’s largest house builder, Barratt.

The construction giant has enjoyed its strongest six months of activity for over 12 years, its latest results published this morning show, including a 9.1% leap in completions year-on-year.

During the six months in the run up to December 31st the company built 8,312 homes in the UK compared to 7,622 during the same period the year before.

The surprising results come despite many estate agents reporting difficult sales trading conditions in London and the South during last half of 2019, but like many other builders Barratt’s figures have been boosted by the government’s ongoing Help to Buy scheme and the consequently booming first time buyer market.

Yesterday HMRC’s quarterly Stamp Duty figures revealed that the amount of relief claimed by first time buyers had hit the £1 billion mark for the first time.

“The First Time Buyer Relief (FTBR) scheme’s effect over the past two years has been important but barely scratches the surface of the impact that the Help to Buy scheme has had,” says Andrew Southern, chairman of rival property developer Southern Grove.

“Both schemes will come under pressure if a rumoured new urgency among buyers since Christmas pushes valuations higher.

“This is looking increasingly likely. Rumours of a Boris Bounce have been getting estate agents on the front line very excited.”

The boost given to Barratt by Help to Buy and FTBR have helped boost its profits, which increased by 2.9% during the period to £423.1 million. CEO David Thomas says the company has made a good start to 2020 with strong forward sales of £3 billion and 13,000 homes in its pipeline.