Sign in or Sign up
The essential site for residential agents
Home » Features » Brexit, buyers and bargains!
previous next
Housing Market

Designs on Property tracks and summarises the property indices. Kate Faulkner says: “In some parts of London we are seeing the kind of falls we saw during the credit crunch but, perhaps due to Brexit, they aren’t even hitting the headlines.” 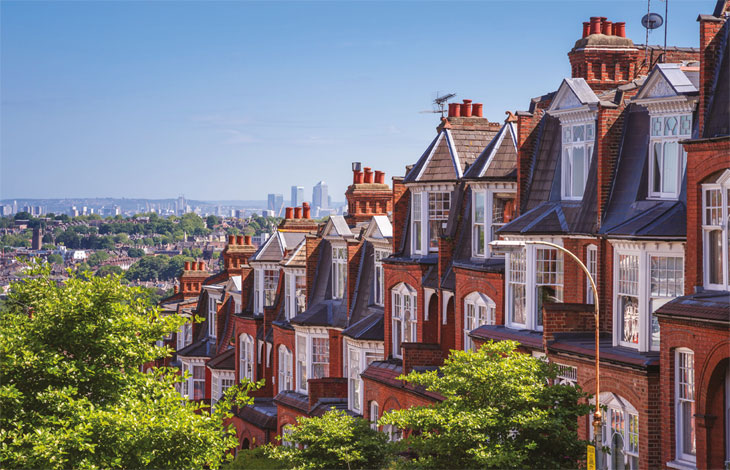 Average prices across the indices vary from mortgaged-only prices from the Nationwide HPI (Dec 18) of £212,281, through to marketing prices (ie not necessarily sold) from Rightmove of £297,527 and actual prices from LSL Acadata HPI of £305,522. Average sold prices from the UK HPI stand at £231,095. There is a 44 per cent difference between the highest average price from LSL which include cash sales and the lowest from Nationwide which reflect mortgaged homes.

Kate says: It’s pretty impossible to work out what the industry can offer to prevent transactions and property prices stagnating. All indices suggest that areas that have performed well since the credit crunch, such as London, the South and East of England, are heading into negative territory price and transaction wise and it’s likely to take longer to sell a home, with or without a Brexit ‘deal’. Rightmove suggests price falls have been ‘larger than usual… making this the largest fall over two months for six years”, although they point out the number of sales agreed is ‘surprisingly resilient’.

It’s pretty impossible to say what we can offer to prevent property prices and sales stagnating… and it’s likely to take longer to sell homes with or without a Brexit deal.

The RICS points out that while prices are still expected to rise by around 2.3 per cent per annum over the next five years, rents are likely to outstrip this, rising by 3.1 per cent, suggesting that it’s important for the industry to focus on both sales and lettings to survive what is likely to be a tough year.

LSL has looked at sales from a target market perspective, suggesting that the number of loans to first time buyers was up slightly in 2018 (+0.4 per cent) while homemovers were down by -3.6 per cent and of course the ‘buy to let bashing’ has resulted in a -13 per cent fall.

Northern Ireland is headlined as a great performer price wise and tops the country charts growth for most indices, but this is off the back of huge falls seen during the credit crunch. So although it’s good news, it means little for those buyers/owners who have still seen an average of ’40 per cent’ wiped off their property’s value. Meanwhile, Wales is seeing a bit of a resurgence, Scotland and the UK continue to move in a positive direction, but England price growth overall is slowing and both are seeing vast regional differences.

Kate says: We often hear about ‘postcode lotteries’ when describing what happens on a national basis and that’s very true of the property market currently. For some in the industry the next few years are going to be (or continue to be) incredibly tough. Regions such as East of England, the South and parts of London are seeing price falls from a few per cent through to falls in Tower Hamlets according to LSL of -13.7 per cent year on year. These are the kind of falls we saw during the credit crunch but at the moment, perhaps due to Brexit, aren’t even hitting the headlines.

Regionally, the Midlands continues to do well with prices up by +5.3 per cent in the West Midlands and areas in the East Midlands such as Rutland even seeing double digit rises of +10.8 per cent.

Overall, according to LSL, prices are up in 74 of the 108 of unitary authorities in England and Wales outside London.

LSL Acadata HPI: “The average price in London rose 1.3 per cent in October to remain 0.8 per cent up on the same month last year – nominal growth but a real fall compared to inflation. The West Midlands still leads the way with annual growth of 3.7 per cent. Neighbouring East Midlands, meanwhile, is also growing strongly, up 3.5 per cent annually. Wales also continues to be the only area outside the Midlands that is (just) outpacing inflation, with prices up 2.7 per cent annually. At the other end of the scale, prices in the East of England are now down on an annual basis for the first time since March 2012. It is however, the only region to see prices falling on an annual basis.”

Cities and towns in the south, such as Portsmouth, Bournemouth and Bristol registered the greatest slowdown with increasing affordability pressures.

Hometrack: “Price falls in London and a sustained slowdown across cities in southern England are impacting the headline rate of growth. Edinburgh is the fastest growing city (6.6 per cent) with price rises in Manchester and Birmingham also running at more than 6 per cent. There are just four cities where price growth today is higher than at the same time last year – Manchester, Liverpool, Cardiff and Newcastle. The remaining 16 cities are all registering slower growth. Cities and towns in southern England such as Bristol, Portsmouth and Bournemouth have registered the greatest slowdown on the back of increasing affordability pressures. These cities have the highest price to earnings ratios outside of London, Oxford and Cambridge.

Kate says: Individual advice for buyers and sellers is essential in 2019 and the property industry is going to have to work hard to help persuade people to move – whether it’s renting or buying. Much as we don’t ‘panic’ quite as much about the idea of price falls and many consumers are more relaxed than they were pre credit crunch, the stats are confusing and unless explained will hold people back from buying, selling and investing. For example, there will be some owners in London struggling to re-mortgage due to recent price falls, while others who bought some time ago, will have an average of +59 per cent increase in their property’s value since 2007/8. Meanwhile those in the Midlands will have seen good growth year on year if they had bought recently, and great growth if bought at the market low in 2009. However, for those who bought at the market peak, they may only be seeing a +20 per cent rise, which is, in real terms, a fall. The toughest market though remains the likes of Belfast, Newcastle, Bradford and the North East where prices are still lower than they were 10 years ago, but are also hardly moving forward year on year, with tiny increases of 1-2 per cent. It’s vital that agents and other property professionals explain the pros and cons of moving this year – be it renting or home ownership – and that people understand the difference between small falls that may happen, but if there are larger falls this may mean mortgage lending is tightened so those that would want to access the market may actually find it more difficult if they wait until Brexit uncertainty is over.

LSL Acadata HPI: “In November 2018, there were an estimated 82,500 transactions – based on Land Registry counts for England & Wales – which is a marginal 0.1 per cent higher than our revised October figure of 82,400 sales. One would normally anticipate a downward movement in sales volumes of -2.4 per cent at this time of the year, so the marginal increase of +0.1 per cent represents a +2.5 per cent uplift in transactions on a seasonally adjusted basis. The November 2018 sales volumes are four per cent up on the same month in 2017, and eight per cent higher than Nov 2016.”

Bank of England: “The number of mortgages approved for house purchase fell slightly, to 63,700 in November. Approvals for remortgaging was broadly unchanged on the month at 48,600.”

UK Finance: “There were 29,400 new first-time buyer mortgages completed in the month, some 4.5 per cent fewer than in the same month a year earlier. The £5.0bn of new lending in the month was the same year-on-year. The average first-time buyer is 30 and has a gross household income of £42,000.

“There were 29,400 new homemover mortgages completed in the month, 8.4 per cent fewer than in the same month a year earlier. The £6.5bn of new lending in the month was 5.8 per cent down year-on-year. The average home mover is 39 and has a gross household income of £56,000.” 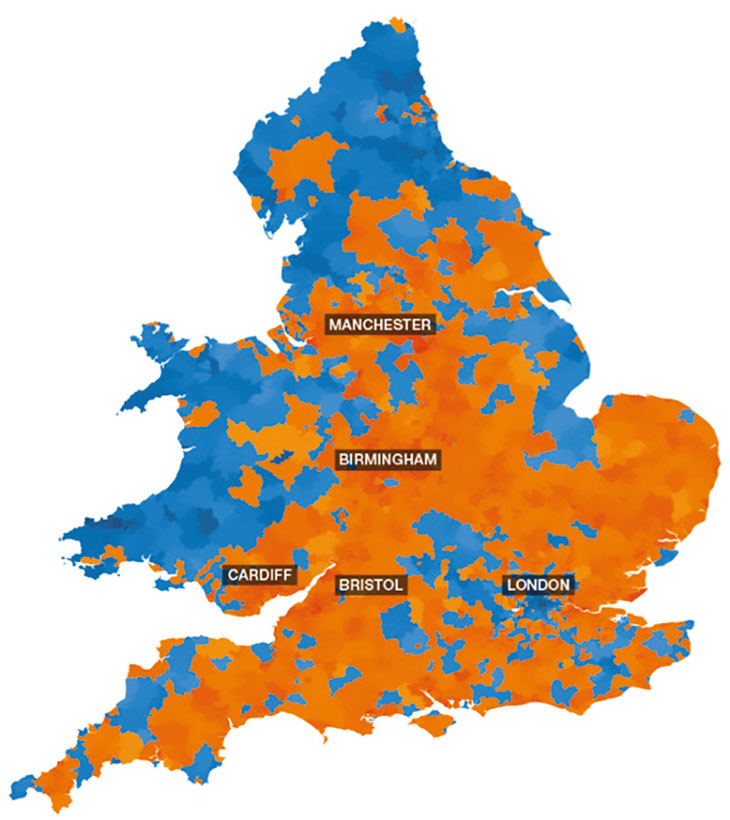 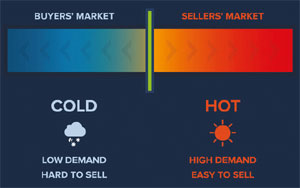 THE HOTTER YOUR MARKET – THE EASIER YOUR SALE

RICS: “The New Buyer Enquiries gauge fell to -21 per cent in the latest results from -15 per cent previously, representative of a more cautious approach from property purchasers. The latest numbers continue to imply that the limited choice of properties for sale is likely to be one factor hampering buyer demand. The new instructions series pointed to a decline in the supply of properties coming on to the market for the fifth consecutive report. Significantly, the net balance of -24 per cent in November was the fastest pace of decline in new sales listings noted in 28 months. As a result, average stock levels on estate agents’ books remained close to record lows at 42.1.

At the same time, contributors continue to report that new appraisals by property valuers are down in comparison to a year earlier suggesting that any pick-up in new sales listings is not on the horizon. Meanwhile, the time taken to complete a sale from initial listing stands at approximately 19 weeks.”

NAEA Propertymark: “The number of house hunters registered per estate agent branch fell by four per cent in November, from 294 in October, to 282. This is the lowest number of buyers recorded for the month of November since 2012, when agents registered 263. Looking at a year-on-year comparison, demand from prospective buyers is down 15 per cent, falling from 333 in November 2017.”

Kate says: Pretty much every index and statistic on transactions, demand and supply is in the red and that will have been felt across most of the industry over the last few months and is likely to get a little worse over the coming months before it gets better. And, according to LSL’s analysis of UK finance for mortgages, it’s pretty much across the board with first time buyer numbers on a par year on year while homemovers have fallen by -3.6 per cent and BTL of course pulling back by -13 per cent. Overall in England and Wales, for the first 11 months of the year, LSL estimate that transactions are down -2.7 per cent, and are at their “lowest level since 2013”.

London is seeing some of the toughest falls, with transactions falling by -59 per cent in Tower Hamlets and -21 per cent in Lambeth, while the likes of Hackney and Harrow are up +19 per cent.