Sign in or Sign up
The essential site for residential agents
Home » News » Housing Market » Brexit fence sitting continues to cool house prices in London, the South and North
previous next
Housing Market

Nationwide figures reveal a varied picture including prices contiuing to rise in the Midlands, Yorkshire and Northern Ireland.

House prices in the UK are rising by 2% a year pushing the average to £214,745, the Nationwide has revealed, helped by a more buoyant housing market in August during which prices increased by 0.3%.

But the figures mask an ongoing cooling of house prices and a starkly multi-tiered regional performance.

Prices in London over the past three months have continued to fall in both inner and outer postcodes by up to 0.7%, the fifth quarter in a row that the capital has experienced a weak property market.

But in Northern Ireland, the Midlands and Yorkshire/Humberside prices have been motoring over the past three months, recording increases of 4.3%, 4.8% and 5.8% respectively, although prices in the North are down by 1.7%.

“Wales saw a slight softening in growth, with prices up 3.3% year on year,” says Nationwide’s Chief Economist Robert Gardner (left). “Price growth also slowed in Scotland, from 3.1% in Q2 to 2.1%.”

The exit vote is not far from many commentators’ lips. The Nationwide’s figures show house price inflation has been sagging since the vote, down from a national average of 5% in June 2016 to 2% today.

“For London house prices there may be light at the end of the tunnel,” says Jonathan Hopper, MD of Garrington Property Finders (right). “The only problem is no-one is yet sure if the light is a Brexit-shaped train.

“While prices in the capital are still falling, the slide is slowing. But in South East England the capital’s malaise is morphing into stagnation.

“At the centre of this increasingly dormant market, in some of the Prime Central areas that were once London’s powerhouse, transaction levels have declined by 40% in the past year alone.”

Mark Reading (left), the MD of House Network, says: “The market is showing signs of a national slowdown, with fewer viewings and offers made per property.

“As the uncertainty of Brexit drives the UK news, many buyers are still on the fence, creating an increase in price drops, especially at the top end of the market where buyers remain limited.” 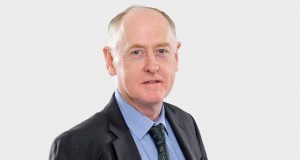