Designs on Property tracks and summarises the property indices. Kate Faulkner says, “We currently have two types of buyers and sellers: those who wanted to move last year and now aim to move before Brexit – and those too worried to move at all, right now. 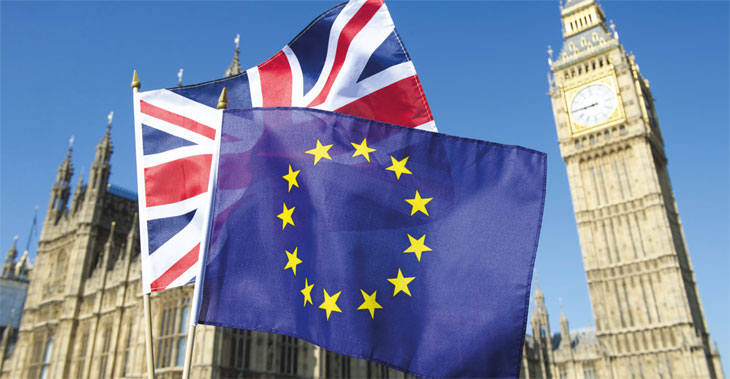 Rightmove: “Pre-Brexit buying spree with sales agreed up by 6.1%”

NAEA Propertymark: “Number of house hunters on the rise as buyers look to complete sales pre-Brexit.

Average prices across the indices vary from mortgaged-only prices from the Nationwide HPI of £216,096 through to marketing prices (ie not necessarily sold) from Rightmove of £305,500 and actual prices from LSL Acadata HPI of £300,886.

Average sold prices from the UK HPI stand at £230,292. There is a 41% difference between the highest average price from LSL which include cash sales and the lowest from Nationwide which reflect mortgaged homes.

Kate says: Looking at the market up and down the country, different areas are at different stages of the property cycle. According to Nationwide, “Surveyors report that new buyer enquiries have increased a little, though key consumer confidence indicators remain subdued. Data on the number of property transactions points to a slowdown in activity, though the number of mortgages approved for house purchase has remained broadly stable.”

It appears that currently, we have two types of buyers and sellers. Some, especially if they put off moving last September, are now looking to move before Brexit while the market is ‘certain’ while others view the uncertainty not just of Brexit, but perhaps even more impactful the recent headlines about more stamp duty changes, as reasons not to move at the moment.

Whether you are ‘up North’, ‘down South’, in Scotland or Northern Ireland, the property market is currently completely different.

The question is how long this will last for and whether the market will stall for the rest of the year if uncertainty continues or if the market will have an end of year ‘bounce’ if a deal with Europe is done and a clear strategy from the new team at MHCLG and the Treasury is developed for the housing market.

Kate says: Whether you are ‘up north’, ‘down south’, in Scotland or Northern Ireland the market is now completely different. The southern part of England has seen a good recovery from the recession, but is now stalling, while the north is recovering, some still doing well, but there are pockets of problem areas.

Scotland is an enormous ‘mix’ of mini markets with Aberdeen seeing its first real property recession which has driven down prices and rents due to the economy being dominated by poorly performing oil prices, while in areas like Edinburgh, prices are still rising.

Northern Ireland, meanwhile is still in a rut for those who bought up to the height of the market, with prices still 40% lower than they were 12 years ago, albeit those who have bought since the market low, they have seen some good price growth.

Wales however, is seeing very steady, but low price rises overtime. Pre credit crunch, property markets tended to move in a ‘ripple effect’ but this trend appears to have stopped for now so it’s vital buyers and sellers make their decisions based on local expert advice rather than national or regional headlines. What we do know is that across the board, since 2005, property price growth has slowed dramatically versus previous years, now moving in line with inflation as opposed to above, impacting on those looking at investing in property for a pension or living.

Although England is reporting a 0.7% rise year on year versus an annual average since 2000 of 6.5% growth and a lower average of 3% per annum since 2005, this masks a massive mix of falls and rises. London has seen the market stall over the last year or so, partly due to fears (or hopes) of Brexit failing and partly as the market had reached a natural peak having recovered from the recession. Parts of London – particularly the prime market – has seen some substantial falls, but overall, prices are down around 3% according to the Land Registry, while the East Midlands remains the most buoyant, rising by 3.2%. Interesting the latest confidence report from GFK has suggested that people are now more nervous about their personal finances – which impacts on property moves – after being more confident last month. This ‘fear’ isn’t quite at the level seen during 2008/9, but it is heading in that direction.

LSL Acadata HPI: “There has been a slowdown in the annual rates of change for all the northern and midland areas including Wales, while all the southern areas have seen an upturn in their annual rates compared to the previous month. There are now only two regions in negative territory on an annual basis, compared to three areas in May.” Hometrack: “City house price inflation ranges from +6% to -5% with Edinburgh (5.8%) and Liverpool (5.8%) continuing to register well above average price growth. Aberdeen remains the weakest growth city with prices 4.8% lower over the last 12 months. In Birmingham, the annual growth rate has slowed noticeably to 3.5% as demand fails to keep pace with rising supply. The city has slipped to 9th in the annual growth rankings. Other cities with slower growth than a year ago include Leicester, Nottingham, Sheffield and Glasgow.”

Country and regions are performing differently, but these differences share little pattern when it comes to cities and towns. Newcastle for example has yet to recover from the last crash, and prices are still falling – by 4% year on year, suggesting they may not recover for a while now. Bradford is similar, although seeing a little price growth. Milton Keynes, usually a strong performer house price growth wise, is up 33% since the credit crunch, but seeing some small falls now while London’s mix of 32 boroughs is seeing 6-7% falls in areas such as Islington and Tower Hamlets while the likes of Ealing and Barking and Dagenham are still some small percentage rises.

Demand wise, NAEA reported the number of buyers growing, completions staying steady with nine completions per branch, while stock levels are at reasonable levels overall. However, it’s clear 2018 saw for many areas, the number of transactions start to stagnate and this has carried on to falls in some places in 2019.

It’s likely at the moment with the uncertainty surrounding Brexit, stamp duty and talk of a recession in 20/21 that transactions are unlikely to pick up unless we Brexit smoothly, if that happened, we may get a short term transaction ‘windfall’ which could result in a mini bounce of prices too. Agents are going to have to work hard for every sale and purchase in the run up to Xmas, unless Mr Johnson gives everyone an early present of a deal that can be passed through parliament!

“The number of house hunters registered per estate agent branch increased in July, from 305 to 316. Year-on-year, housing demand has grown, rising from 303 house hunters in July 2018.”

RICS: “Contributors reported an increase in enquiries during July with a headline net balance of +8%. This marks the second report running in which a small increase has been cited (net balance was +10% in June), with the disaggregated data showing a slightly positive trend in the majority of UK regions.

“Despite the modest improvement in demand, newly agreed sales edged down a fraction across the UK over the month. Indeed, the national net balance slipped to -6%, from +3% in June. Notwithstanding this, some regions saw a stronger sales trend, with respondents across the North East and the West Midlands in particular reporting a reasonably solid pick-up during July.”