Sign in or Sign up
The essential site for residential agents
Home » Features » Products & Services » Bridging loans: out from the shadows

Bridging loans: out from the shadows 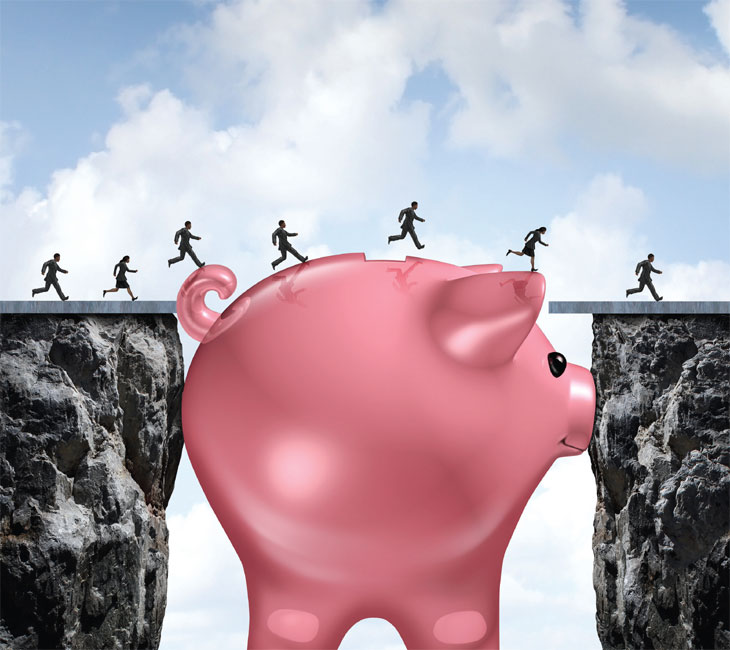 During 2015 bridging loans worth £13.9 million were transacted every day, helping the short term finance industry break through the £3.5 billion a year barrier, up from £1.5 billion in 2012 according to the latest index from West One Bridging.

This is in stark contrast with mainstream mortgage market, which grew by just 8 per cent last year, according to the Council of Mortgage Lenders.

The size of the typical bridging loan has increased too. According to West One it has risen from £747,000 six months ago to £984,000 today. This, however, is not down to private home purchasers seeking bridging loans to buy more expensive homes, but to developers seeking short term finance for larger development projects.

But while this may lead to increased champagne consumption among bridging brokers and lenders, what it reveals is a seismic change in the way development, investment and to a certain extent private home purchases are financed.

House moves and auction buys
Until quite recently, bridging loans were the last resort of the desperate house mover whose chain had fallen apart and who then turned to a bridging loan company.

The IFA will ask a client if there are any mortgages available to them at reasonable rates. If not, they will refer them to us as a bridging loan packager. Ben Lloyd, Pure Commercial Finance.

But according to Ben Lloyd of brokerage Pure Commercial Finance, this is changing. Now, more home movers are using bridging loans to buy a home they really want even though they may not have a buyer for their existing one, or even an offer. They are also very popular for auction purchases.

This is not driven by consumer demand, though. Ben says it’s down to greater awareness among Independent Financial Advisers (IFAs) about the availability of short term finance and how it can help.

So now, when home movers cry out for help, their IFAs are more likely to suggest a bridging loan.

“We do deal with homeowners but we refer them on to an IFA to provide the advice because it’s regulated,” says Ben. “The IFA will sit them down and ask them if there are any buy-to-let or residential mortgage available to them at reasonable rates and if the answer is no, and the only way to secure funding for this property is through the bridging, then they will refer to us as a packager.

“But we don’t provide any advice – all we do is provide what’s available and then the advisers will make a choice with his client.”

The industry wasn’t always like this, according to Ben. “I was a regulated mortgage adviser before I started this commercial brokerage and I knew next to nothing about regulated bridges,” he says. “With the emergence of new regulated bridging lenders into the market and the publicity this has received it’s become a lot better understood how this sort of finance can bridge the gap between the sale and a purchase, or for auction finance too.”

And the government’s Mortgage Market Review (MMR) restrictions are also pushing many people towards bridging loans. “Regulated bridging relies on the sale of a property (so the loan is paid back quickly as well as being based on an asset) so the client doesn’t have to go through the MMR affordability checks,” says Ben.

Together, the specialist lender formerly known as Bridging Finance, has completed its first regulated bridging deal with Crystal Specialist Finance, after launching a new product with a group of pilot packagers.

Our first regulated bridging deal, completed in 48 hours in February, was a £400k loan to help a client purchase a new home before he had sold his current one. Gary Bailey, Together.

Together’s Sales Director Gary Bailey said, “The first case, completed on 12th February, was a loan for £400,000 to help a customer purchase a new residence before their current home was sold – funding was delivered in just 48 hours.

“We’re constantly reviewing our products and looking at opportunities to expand our offering, so we’re thrilled that our new regulated bridging product is already delivering results. The bridging sector enjoyed strong growth last year and we hope that with this new proposition, we’ll be able to assist even more customers looking for fast and flexible finance solutions, through our network of intermediaries.

“The speed with which we were able to turn this around is thanks to the excellent packaging provided by the team at Crystal Specialist Finance, who are working with us on the pilot programme, and we look forward to further shared business.”

Jo Breeden, Managing Director of Crystal Specialist Finance added, “We were pleased to be selected by Together to take part in the pilot scheme for their new product and were delighted by the fast turnaround on this case, which is testament to our strong partnership and shared commitment to delivering the best outcome for the customer.”

Bridging loan providers are also coming up with unusual ways help their products become more popular. And one of those is retained interest. Instead of charging interest monthly on the loan – bridging loans can last up to a year – the interest due on the loan is isn’t rolled up into it but deducted from the total borrowed at the beginning. This may mean the borrower has to borrow more to get the sum they want, but it means the interest isn’t included in the monthly payments.

“The MMR rules mean that the bridge has to be organised in a way that passes scrutiny,” says Ben. “The deal has to be affordable and that’s why retained interest deals are becoming more popular.
Therefore, the lenders are explaining to their clients that, if you have a loan with serviced interest, then the lender will have to drill down into your personal finances.

“Whereas with retained interest, that isn’t necessary. Also, if they don’t use the interest (because they borrow the money for less time than planned) then they get it back.”

The other area where bridging loans are taking off is in the property development sector. Small to medium size developers have realised that short term funding is now the easiest way to get residential development off the ground.

“Many property developers are realising that you can take massive advantage of short term opportunities in acquiring land by using bridging finance rather than cash,” says Ben. “Many bridging lenders have come into the market over the past year and taken a very keen liking to the opportunities in planning gain development.

“The developer, in partnership with the lender, then sells it on with the planning gain or they flip it on as a development product with one of our mainstream developers who then build it out themselves.

“As a short term lender we’re the key driver behind it. We’ll help take it from inception, acquire the site and help the developer through the planning process.”

The most controversial reason for the popularity of bridging finance among developers is that the high street banks have largely withdrawn from everything but ultra-safe lending following the global financial crisis.

While many big banks are interested in doing business within the property industry, most are not keen to get involved in ‘investment’ where the bank is, to a lesser or greater degree, jointly speculating on the development’s success.

“Some are, but Barclays and HSBC for example have pulled back from that sector enabling challenger banks like Aldermore and Shawbrook to come through,” Ben says.

“Short term lenders like property because they can charge some fairly punchy interest rates, mainly because they are taking an increased risk on the projects. Where a bank says no, they say yes,” says Ben.

Ben is particularly animated when it comes to the government’s ‘funding for lending scheme’ which pumped billions of pounds into UK banks.

“The government said to the banks, ‘Now start lending your money and get UK business going.’ Unfortunately, the banks didn’t change their lending policy whatsoever and instead discounted their rates by 1 per cent and then lent the money to the people who could have afforded it at the higher rate anyway.

“Banks are lending but they are still lending to the same set of people that they have been in the past, who are the safe bets. “What they need to do is start lending and price the risk accordingly. The people out there would appreciate that more rather than the current situation of restricted lending.

“At the moment only three per cent of the finance applications we receive would pass the high street banks’ current lending criteria and we find they will only lend about 30 per cent of a development’s costs.

“There’s been criticism of the alternative market because of the high charges and interest rates, but at the moment it’s the only thing helping move the economy forward.”

Floorplans for the digital age 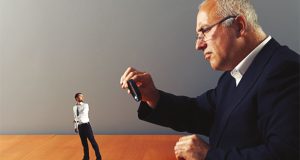 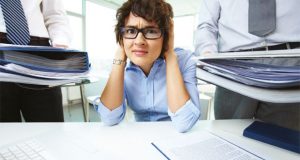