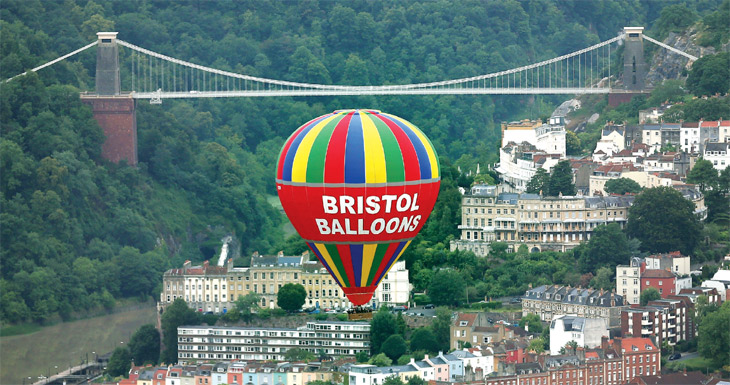 From bars on boats to cutting-edge graffiti decorating the city’s walls, there is a flourishing independent spirit in Bristol that gave us Banksy and Wallace and Gromit, and invented Ribena. Perhaps that is why Bristol is now the most popular city outside London for property hunters. Filled with rich culture, vibrant music scene, countless festivals and beautiful green spaces, Bristol, regularly voted as the UK’s happiest city as well as one of the best places to a raise a family – thanks to good schools and safe communities, was recently named as the most searched for city outside the capital on Rightmove in 2015.

Yes, Bristol is colourful, to say the least!

Combining spectacular Georgian architecture and some of the UK’s best creative scenes, Bristol, which in 2015 became the UK’s first ever European Green Capital, has always felt like a city in the ascendant, but rarely more so than now.

The Bristol Arena, a £90 million indoor venue, is due for completion next year. In 2018, a new high-speed rail service will shave 22 minutes off the journey to Paddington. There are two flourishing  universities, an airport, low unemployment and the housing market is booming.

Growing demand for property is being driven largely by students, buy-to-let investors, and relocating Londoners moving from the capital to Bristol because of the significant gap in living costs.

One of the primary reasons behind this rise in enquiries from Londoners is that buyers are aiming to take advantage of the relative price differential between housing in the capital and in Bristol.

Knight Frank’s James Toogood, based in the firm’s Bristol office, said, “The average cost per square foot of a prime house in Bristol is between £300 and £400, according to our figures. In areas of prime London, £1,250-plus is achievable.”

But while activity continues to pick up, a chronic housing shortage has culminated in significantly fewer homes on the market; the average time to sell a property in Bristol is now among the quickest in the UK at just 23 days, according to EstateAgent4Me.

“Valuation accuracy in the city is 97.7 per cent – one of the highest in the country,” said EstateAgent4Me’s Managing Director, Ben Thompson.

Whether buying property in an inner suburb like Clifton or in a leafy part of the region, such as across the Clifton Suspension Bridge in Leigh Woods, a corner of suburbia set among woodland and botanical gardens, Bristol offers something for everyone with house prices firmly on an upward trajectory. But it is Redland, an affluent suburb situated between Clifton, Cotham, Bishopston and Westbury Park, that has proved to be Bristol’s number one hotspot of late, with price growth outperforming the wider market, according to Knight Frank.

Overall, the supply-demand imbalance in the city contributed to a 6.7 per cent rise in house prices in Bristol last year and the average cost of a home in the city now stands at £242,900, according to Hometrack.

Martin Haigh, a Partner at Haigh & Sons, said, “Unfortunately, the supply of homes to buy has been low, which has inevitably led to prices being forced even higher. This is fairly typical of most parts of Bristol. School catchments, cash-rich buyers moving from London, and property investors have been major influences.”

The impetus for growth looks set to continue as household confidence improves and homeowners utilise record low mortgage rates to access the market with many property experts predicting that prices in Bristol, a buzzing university city with a rapidly growing population of almost 450,000, will continue to rise in 2016, supported by a strong economy and wide scale infrastructure and transport network improvements.

“I see no reason why house prices shouldn’t continue to rocket,” Haigh added. “I reckon house prices in Bristol will end 2016 about five per cent higher than in January.”

Andrews, which has branches all over Bristol, also forecast that house prices will appreciate in 2016, possibly by 7-8 per cent, on the back of the widening supply-demand imbalance in the local market.

Stuart Oliver, Bristol Area Manager at Andrews, commented, “Popular properties in sought-after locations still experience offers well over the asking prices, demand appears spread over all quartiles of the market and as available stock is so low, this really is a fantastic opportunity to get a great price for your home.”

Adam Offer, Managing Director at Besley Hill, is also optimistic and predicts a price rise of 10 per cent across Bristol this year. He said, “The demand for property is considerable and the supply is not and as a consequence prices increase.”

Philip Stevenson at Fine & Country in Clifton, agreed, “Bristol has already seen a real upsurge, that will only increase with the advent of Crossrail in London and Berkshire, and the electrification of the London to Bristol line. By 2020, prices will have gone up significantly, this year I expect a rise of between 10 and 15 per cent.”

A buoyant 2015 for lettings also saw rents rise and with a lack of stock on the market this trend looks set to continue in 2016, owed in part to the impending stamp duty surcharge on buy-to-let and second home purchases.

The rental market is booming with demand outstripping supply; the knock on effect is rental prices increasing by 10% in the last 12 months. Ellie Donaghy, Andrews Lettings & Management.

“The rental market is still booming with demand most definitely outstripping supply; this has had a knock on effect with rental prices having increased by around 10 per cent in the last 12 months,” said Ellie Donaghy, District Manager at Andrews Lettings and Management.

She reports that some of the more popular areas of the city have seen applicant to let ratios increase to as much as 25 potential tenants per property, with demand greatest for smaller properties, such as two bedroom units. “The 2016 forecast is much the same and we do not envisage this changing,” she added.

Despite the Government’s decision to cut tax incentives for landlords, Del Brown, Founder of Property Options, believes this year should be a good one for existing landlords seeking good returns from rents in Bristol which, he says, average £877pcm.

He said, “Buy-to-let investors in Bristol can anticipate a higher than average growth in the value of their investments, assuming that Bristol continues to beat the average for the UK as it has done in the past year.”

The next 12 months is set to be a watershed year in the redevelopment and renewal of Bristol, according to JLL.

A combination of strong economic conditions, improvements to the city’s infrastructure and good performance across all sectors of the property market means all conditions are in place for Bristol to make great strides in its redevelopment this year.

Jeremy Richards, head of JLL’s Bristol office, said, “All development happens in cycles and we are now at a point at which Bristol is ripe for further investment and regeneration.

“It comes at a time of major investment into the city’s infrastructure including the electrification of the Great Western mainline, the MetroBus and the reconfiguration of Temple Meads, which are only going to add to the city’s appeal as a place to invest in.

“It’s unusual for all property sectors to be performing so well simultaneously, whether that’s hotels, shops, offices or industrial space, and this means there will be a richer, deeper tapestry of property across the city in the coming years as developments of all types vie for sites.”

In a concerted effort to boost housing supply, more housebuilders are coming into the local area to help cater for heightened demand for housing in the region.

“Bristol and the surrounding areas are hugely popular with buyers,” said Louise Ware, Sales Director at David Wilson Homes. “Just recently we launched a new development, Oatley Park in Barrow Gurney and the interest was phenomenal.”

Bristol has always been a popular place to build homes but we are seeing unprecedented demand at the moment for all of our developments. Andrea Pilgrim, Barratt Homes.

Barratt’s Sales Director, Andrea Pilgrim, said, “Bristol has always been a popular place to build new homes but we are seeing unprecedented demand at the moment at all of our developments.’’

Acorn Bristol has secured a number of key development sites which will create hundreds of valuable new homes, while insurer Legal & General has teamed up with a Dutch pension fund manager GGM to construct hundreds of flats across Bristol as part of wider a £600 million “build-to-rent” plan.

Elsewhere, Redrow Homes, together with Wales and West Utilities and National Grid Twenty Seven Ltd will deliver 110 new homes in the Bedminster area of Bristol, while 85 one and two bedroom apartments at the recently restored Electricity House in Bristol city centre were recently released onto the market, with prices ranging from £230,000 to £540,000.

“Bristol desperately needs new homes to meet demand and it is great to see buildings coming back into use,” said Simon Nunn of the National Housing Federation. “We need more homes of all types, with 4,636 too few homes having been built in Bristol over the last four years.”

The sight of cranes on the Bristol skyline is a sure sign that the economy is moving in the right direction. But upwards price pressure remains, reflecting the scarcity of supply and underlying demand for homes in the city, and that trend looks set to continue for the immediate future. 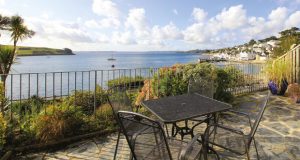