Sign in or Sign up
The essential site for residential agents
Home » Features » Buy-to-let, what happens next?
previous next
Housing Market

Buy-to-let, what happens next?

Scott Hendry, director at specialist finance provider Together, discusses what to expect from the buy-to-let sector after a challenging 2016.

It’s no secret that 2016 was the year the Government began what some have described as a ‘crackdown’ on landlords and their profits. A raft of changes were announced and the first was implemented last April, with an increase in stamp duty on additional homes. 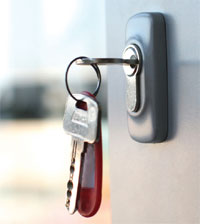 The number of approved buy-to-let mortgages shot up by a staggering 226 per cent in March 2016, from 8,800 the previous year to 28,700, as landlords rushed to borrow before the rate increase.

2016 also saw a rise in the number of landlords acting as a limited company, with buy-to-let mortgage applications in the first half of 2016 increasing to 30 per cent of all buy-to-let completions, up 18 per cent on the same period in 2015.

Although acting as a limited company doesn’t stop investors being subject to the increased stamp duty, it was a clear sign that savvy property professionals were adapting their approach to ensure they had the most effective tax position as they prepare for the next wave of changes due this year.

The reduction of mortgage tax relief for landlords will start on April 6th, restricting relief for finance costs on residential properties to the basic rate of income tax.

Currently, landlords are able to claim the top rate tax relief of up to 45 per cent on residential buy-to-let properties but this will soon be reduced to 20 per cent. The change will affect higher rate taxpayers who could see a significant drop in their profits.

It will be reduced over a four-year period, so we aren’t likely to see a dramatic drop in buy-to-let investment in 2017, but over the coming years, many landlords may have to change their business models, and plans for growth, to cater for the increased tax bills.

Those operating as limited companies will avoid this change, although it’s not necessarily financially the best solution for everyone. Each portfolio is different and corporate entities are subject to a host of other charges including Corporation Tax. However, it’s an option for landlords to explore as they review their own tax position with their accountants.

Despite the tax changes and the uncertainty of Brexit, buy-to-let remained a resilient sector. Many investors, both seasoned and beginners, still see property as a valuable place for their savings whilst interest rates are at an historic low, and as long as we have a shortage of housing in the UK, property will remain in demand and therefore likely to continue to be a popular investment choice.

Following the EU referendum, the Bank of England reduced interest rates to 0.25 per cent in August 2016, having an immediate impact on those with ISAs and pensions. As a result, some began to view property as the better place to put their hard-earned savings, with the chief economist for the Bank of England describing property, somewhat controversially, as the ‘safer bet’.

With the world’s leading economist forecasting that interest rates will be held at 0.25 per cent throughout 2017, this could continue to have a positive effect on the buy-to-let market this year, despite the mortgage tax relief changes.

One of the final, and unforeseen changes, late last year that could impact landlords was the banning of letting fees for tenants. Tenants have historically been charged various administration fees, including reference, credit and immigration checks, but these fees will now have to be either absorbed by letting agents, or potentially could be passed on to landlords. Essentially, only time will tell if, and how, this will financially impact landlords, so it’s one to keep up with this year if you’re a buy-to-let investor.

While interest rates are very low and as long as we have a housing shortage in the UK, property will be a popular investment choice.

At Together, we hit a record high for buy-to-let lending in June 2016, despite the challenges the market had faced, so it would appear that buy-to-let investors are, so far at least, taking the changes in their stride.

Buy-to-let was still an area for growth for us last year too, with multiple changes made to our lending criteria to ensure our offering addresses market needs.

We lowered our rates, increased our loan sizes and removed the maximum age limit, so that those looking to invest in property as part of their retirement plans weren’t restricted.

These changes to our buy-to-let offering stand us in good stead for 2017 and the sector remains a focus. Many investors pick up buy-to-let bargains at auction houses, and we’ve also expanded our auction team so that we can attend even more auctions in the year ahead and provide the funding needed.