Sign in or Sign up
The essential site for residential agents
Home » Features » Why is buy-to-let booming?
previous next
Housing Market

Why is buy-to-let booming? 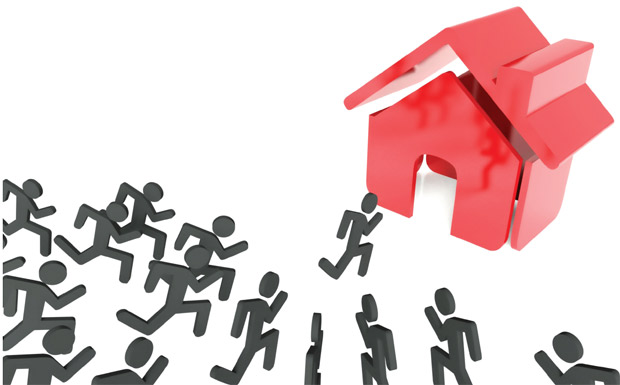 With the outlook for savers looking grim, growth in the buy-to-let sector looks set to continue, despite some high mortgage arrangement fees and growing speculation that interest rates will soon rise.

While the average easy access savings rate is currently paying under 0.75 per cent, a study by Countrywide shows that landlords in the private rented sector (PRS) are enjoying significantly higher annual returns from property in England and Wales – capital growth and rental returns combined – of 12.2 per cent.

Greater returns are being supported by higher rents, up 4.8 per cent year-on-year, led by gains in the South East and Greater London, where rents have increased by 12.9 and 7.4 per cent  respectively.

In fact, recent data suggests that the average buy-to-let landlord now earns twice as much through rental income as the average UK annual wage.

Research conducted by BDRC Continental on behalf of BM Solutions found that the average landlord, who has a portfolio of eight or nine properties with a total value of £1.2 million, could typically expect yearly income of almost £60,000 from rent payments, more than twice the average pay of £27,174.

The study found that the average yield has increased to 6.2 per cent across the UK, with the East Midlands and Wales providing the best returns for investors at 6.7 per cent.

With returns like these it is unsurprising to see many people looking to add to their existing buy-to-let portfolios or enter the market for the first time, as reflected by high levels of buy-to-let mortgage lending.

Bank of England (BoE) figures show buy-to-let lending accounted for 14 per cent of all mortgage advances in Q1 2014, up from 12 per cent in Q1 2013, with borrowers able to borrow up to 75 per cent loan-to-value as long as the rental income they earn from the property covers the mortgage repayments by at least 125 per cent.

This rise in mortgage lending partly reflects the fact that landlords are growing more confident about the future of the sector; 61 per cent are optimistic about the year ahead compared to 54 per cent a year ago, according to BDRC Continental.

“Although the property market is strengthening and mortgage availability is improving, many households are being left behind.” Susan Emmett, Savills

The number of people living in the PRS that has already doubled since 2001, yet Savills forecast that an extra million households will choose – or be forced into – rental accommodation over the next five years, as rising prices lock out potential purchases.

The largest group of private tenants is aged 25-34, but the fastest growing group is between 35 and 44, known as ‘generation rent’, with many never expected to own their own homes.

“Although the property market is strengthening and mortgage availability is improving, many households are being left behind,” said Savills’ Susan Emmett.

Despite rising demand, property supply in the PRS is failing to keep pace; the latest data from Sequence shows that demand from tenants rose by 14 per cent in May compared to
the same month in 2013, while supply decreased seven per cent. “Demand to rent across the UK remains insatiable,” said Stephen Nation, Head of Lettings for Sequence. “This demand isn’t met by supply however, an all too familiar story in this market. “Buy-to-let mortgages remain our most popular mortgage product but applications were subdued in May. This can be attributed to a number of factors including the initial knock on effect of
MMR (Mortgage Market Review) and some uncertainty around interest rate rises,” he added.

Many would-be purchasers have no alternative but to rent; frozen out of the mortgage market, partly due to tough new ‘affordability tests’, as part of the MMR, imposed by the
Financial Conduct Authority to reduce risky lending.

Data from the Council of Mortgage Lenders (CML) shows that lenders advanced £16.5 billion in May, up 12 per cent year-on-year, but there was no growth between April and May, partly because MMR has increased the time taken to get a mortgage application through.

“Market indicators point to a slowdown in activity levels, in part associated with new rules, but it is unclear how lasting this will be,” said Bob Parnell, CML’s Chief Economist.

While we wait to see what long-term impact tougher lending rules have on the mortgage market, there are some commentators who believe that MMR will fuel greater demand
for buy-to-let as the new strict rules apply to owner-occupiers, but, crucially, not rental investors.

“Some have suggested the post-MMR world would see a buy-to-let boom,” said John Bagshaw of Connells Survey & Valuation. “So far this hasn’t materialised. But buy-to-let activity is certainly going strong.”

One major issue that may help curb lending to all borrowers, including buy-to-let investors, is the prospect of an interest rate rise.

With the UK economy improving, there is mounting speculation that BoE will soon increase interest rates which have been held at a record low of 0.5 per cent since March 2009.

But despite implying that a rate increase could be imminent, Carney has not said when that might be. In fact, he has been accused of sending out mixed messages, after later claiming that a rate rise this year was less likely due to low wage growth and spare capacity in the
economy.

Contrary to some media reports, many lenders have actually reduced their buy-to-let mortgage rates recently, amid greater competition in the market.

Figures presented to The Negotiator by Moneyfacts reveal that there are currently 634 buy-to-let mortgage products available, up from 485 this time last year.

“The buy-to-let market is thriving causing us to see record number of deals on the market, making it a great time to enter into a buy-to-let investment,” said Charlotte Nelson of Moneyfacts. “With record high rents, buy-to-let is seen as less risky than standard mortgage products, so lenders are now offering attractive buy-to-let deals with rates falling
overall.”

However, Nelson pointed out that some of the lowest rates in the buy-to-let market are accompanied by high fees, “These fees can turn what appears to be a cheap deal into a costly one.”