Buy-to-let could well be damaged by lending limits

Can buy-to-let work with new limits? 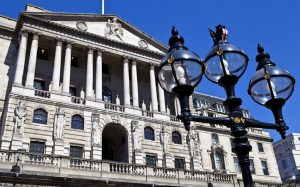 As mortgage approvals continue to fall – down to 60,058 in August from 60,925 in July – buy-to-let lending is also likely to decrease with the latest news from the BoE’s Prudential Regulation Authority (PRA) which has confirmed that a series of investors’ affordability checks and interest rate “stress tests” will be introduced from January 2017.
Buy-to-let lenders will be required to verify that landlords can afford to pay the mortgage under potential future interest rates of 5.5 per cent, as the PRA recommended that the interest coverage ratio, a commonly used measure of the ratio of rental income to mortgage payments, does not fall below 125 per cent.

“The PRA’s actions are intended to bring all lenders up to prevailing market standards and guard against any slipping of underwriting standards during a period in which firms’ growth plans could be challenged by the changing economic landscape and the impact of forthcoming tax changes,” it said.

Peter Williams, Executive Director of Intermediary Mortgage Lenders Association (IMLA) said, “IMLA welcomes the decisions published in the PRA’s expectations for buy-to-let underwriting standards, which are broadly in line with industry’s expectations. They offer a sensible way forward, setting sector wide baselines while at the same time allowing for firm discretion to be exercised.

“We are encouraged that the new standards are to be implemented in a sensibly phased way over the course of the next year. In the interests of a stable market for buy-to-let mortgages and housing overall, this 12 month window should now be allowed to unfold free from additional change and upheaval.

“Some points of contention remain. There will be continuing concerns about the level playing field with firms outside of the PRA regime, though that is now clearly on the agenda of both the FCA and Bank of England. The use of a borrower minimum interest rate of 5.5% will also remain a source of tension, not least if interest rates fall again.

“Since the consultation was first announced, we have seen BTL activity slow considerably – especially in the purchase market – which was entirely predictable following a host of fiscal and regulatory actions affecting landlords. Separate market data from the Bank of England today is also a timely reminder that the post-Brexit landscape remains unclear, with overall mortgage approvals having dipped in August as summer set in.

“The PRA’s goal of making best practice an industry standard for BTL lending and ensuring activity is sustainable remains entirely valid in this new landscape. At the same time, the new housing minister has also made clear that a good, thriving private rental sector remains important to the overall health of the UK’s property market and its ability to satisfy people’s housing needs. Access to mortgage finance is a vital part of this equation and as landlords continue to absorb changes to stamp duty and mortgage interest relief, some breathing space is needed so the market can progress into 2017 and beyond on a secure and stable footing.”

Buy-to-let could well be damaged by lending limits

Can buy-to-let work with new limits?