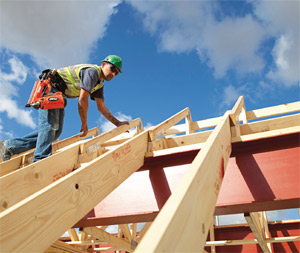 Kate says:
“It’s great to see that we have a much healthier market in 2015. Although most places are still stuck with a shortage of homes, especially versus the number of agents fighting for business, we have a market that is moving, but not ‘too fast’ and not ‘too slow’ at the moment. And better still, it’s being driven mostly by first time buyers getting themselves on the ladder, relieving some of the pressure on rental stock (or mum and dad’s house!). The other good news is that it is driving more sales of new builds. I haven’t seen so many new build sites buzzing with activity as I travel up and down the country since the start of the credit crunch – it’s great to see. Property and moving home is good for the national and local economy and most importantly, good for skilled, flexible jobs too.”

Home.co.uk: “Home prices have risen in all English regions, Scotland and Wales over the last month, reflecting widespread positive sentiment across the UK. Price rises are also surging in East Anglia and Scotland. Spring optimism abounds and even in the least well performing areas of the North East and Wales, prices have risen 0.4 per cent and 0.3 per cent respectively since February. (Mar 15)”

RICS: “London remains the only region where more surveyors are reporting prices to have fallen rather than risen over the past three months. However, even in the capital the rate of decline has moderated substantially; a net balance of 28 per cent of respondents in London are now reporting falling prices versus 46 per cent in January. Northern Ireland and Scotland continue to outperform all other areas in terms of price growth thanks, in part, to the resilience of demand. (Feb 15)”

More new builds will help to generate the longterm additional stock we need to house the nation.”

Hometrack: “At a city level, the annual rate of growth ranges from 3.7 per cent in Newcastle to 12.9 per cent in London. The main trend is a continued slowdown in growth in the higher value cities while price growth continues to pick up momentum in regional cities. In the last quarter the highest growth rates have been registered in Glasgow and Liverpool where average values are still 13 per cent and 15 per cent below peak.

“House price growth is holding up better than expected in London where house prices have grown by an average of 0.9 per cent per month in the last quarter compared to just 0.1 per cent in the final quarter of 2014. (Feb 15)”

Kate says:
“As always, there is a big difference from one location to another. It does seem that the property price market continues to move in waves, with huge ones hitting London over the last few years which have now calmed down. Interestingly though, we aren’t seeing quite that growth spreading to other areas and a few years off the market low back in 2009 or 2013. In some places, for many in negative equity, it must look like a bit of a mountain for property prices to recover, which will still hold back stock which might otherwise have come onto the market.”

Rightmove: “There is still high demand for the right property at the right price with agents reporting that quality stock is selling well despite some election jitters. Rightmove recording nearly 59 million page views in one day suggests that home-movers have a confident outlook, while remaining choosy about what they buy. (Mar 15)”

NAEA: “Members reported that the number of house hunters recorded per branch was 366, four per cent higher than January, when this figure was at a ten-month low.

Election or not, people still have to move, there is definitely more optimism around among buyers who know what they want.”

“The number of sales agreed in February remained level from January, at an average of eight sales agreed per branch.

“The percentage of sales to first time buyers (FTBs) is up in February, with the group now accounting for 30 per cent of all sales in member branches, up from 26 per cent in January. This is the highest amount since September 2014, and sales to FTBs have not reached higher than this level since records began in 2009. (Feb 15)”

RICS: “The RICS new buyer enquiries series shows demand stabilising at the headline level after seven consecutive negative net balance readings. The divergence across the country is becoming less pronounced with most parts now seeing some rise in enquiries. (Feb 15)”

Bank of England: “The number of loan approvals for house purchase was 61,760 in February, compared to the average of 60,750 over the previous six months. (Feb 15)”

Kate says:
“Election or not, people still have to move and there is definitely more optimism around among buyers – particularly those who may have missed out on properties during busier times last year. They tend to know what they want and to wait until it’s available, knowing what is a ‘fair’ or ‘good’ offer to make. The Mortgage Market Review effect seems to have settled down for first time buyers and it’s great to see a third of the market going to them. It does though seem to have held back demand in London where the 4.5 x salary limit is hitting the hardest. Overall, demand seems to have remained sturdy despite the election uncertainty.”

Rightmove: “The number of newly-listed properties is up by 3.2 per cent compared to last month, though first-time buyer properties which are likely ‘granlord’ investor targets, have seen the lowest increase in supply (+2.6 per cent) and are the sector seeing the highest annual price rise (+7.6 per cent). (Mar 15)”

Home.co.uk: “The supply of property for sale nationwide is rising but only moderately overall and from a low base: 9 per cent more properties were placed on the market this February than in February 2014. We expect this trend to continue, led by Greater London (up +31 per cent YoY). The total stock of property for sale is currently just 3.7 per cent higher than it was in March 2014. (Mar 15)”

NAEA: “Member agents have reported that the number of properties available for sale at each branch is down in February, from 44 in January. This is the same level as February last year, and the lowest supply since March 2014, when 42 houses were available per member branch. (Feb 15)”

RICS: “On the supply side of the market, conditions tightened once again with a net balance of eight per cent of respondents seeing fewer new instructions to sell (on a seasonally adjusted basis). New instructions fell in most areas with anecdotal evidence suggesting that political uncertainty may be adding to the supply constraints by causing some vendors to hold off putting their properties on the market. The combination of subdued demand and a lack of property coming to market kept sales activity muted. The net balance of agreed sales recorded a value of +1 following the slight increase in January. (Feb 15)”

Agency Express: “The regions showing the largest increases in listings ‘for sale’ recorded by the Property Activity Index, include the West Midlands +17.4 per cent; South East +16.1 per cent; Yorkshire & Humber +16 per cent; East Midlands +13.3 per cent and Wales +12.5 per cent. (Mar 15)”

Kate says:
“Most areas seem to be doing OK for supply coming onto the market, according to those that track the later data (March), while for those looking at January/February data the stock levels were still restricted. The main hope for increased stock has to be more first time buyers moving from the PRS to the home ownership market, and more new builds will help to generate the long term additional stock we need to house the nation.”