Aston Mead wants the government to raise awareness of green belt land for development to highlight that not all sites have ecological or agricultural value. 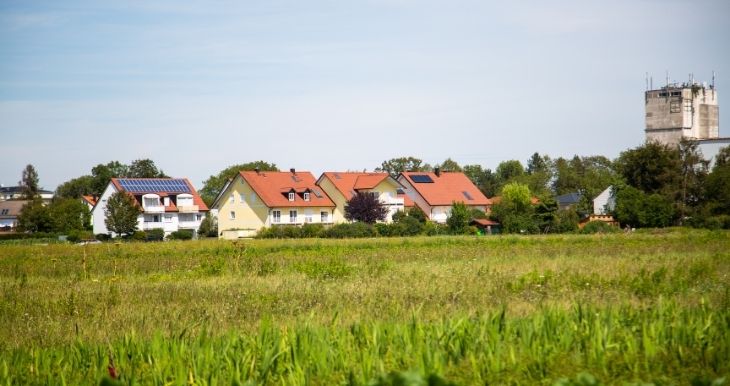 Land agent, Aston Mead, is calling on the government to educate the public on what constitutes developable green belt to clear up any misconceptions and avoid unjustified objections.

The company says that concern about building new homes on such land would diminish if people understood that many green belt sites are ‘mostly grubby scraps of land next to railway lines or road junctions’.

Aston Mead Land & Planning Director, Adam Hesse, said: “For years, we’ve been saying that building on green belt land is inevitable. But it’s only in the last month that the Housing Secretary has admitted it too.

“Now he needs to explain which sort of sites are under discussion – because we believe that most people wouldn’t have even considered many of them to be green belt in the first place.”

He points out that, in many cases, the classification is just an arbitrary limit on development land supply and that many sites have no ecological or agricultural value.

“Of course, there are areas of the green belt which should be protected – but they could be turned into Areas of Outstanding Natural Beauty (AONBs), National Parks, protected woodland, Sites of Special Scientific Interest (SSSIs), or Conservation Areas, as appropriate,” added Hesse.

“But much of it is what I call ‘grubby’ green belt – often close to existing town or city centres, where it tends to push house building into genuinely valuable parts of the countryside. All of which has meant longer commuting times, increased expense and more pollution.”

Once they discover that they are mostly grubby scraps of land next to railway lines or road junctions, the vast majority will be on our side!”

One particular site in Surrey contains all the right ingredients for planning permission to be obtained and is a prime contender for the sort of location where new homes might even enhance the area, claims Hesse.

He added: “There’s a patch of land near Junction 11 of the M25. There are over 20 acres of uninspiring green belt there, big enough for over 200 homes. It’s within walking distance of Addlestone station, there are hundreds of existing homes nearby, and the network of roads around it would prevent further development once it was built. Most people wouldn’t even realise this is green belt land and few people would miss it if it was built on.

“The truth is there are hundreds of similar sites all over the UK. But if we classify them all as green Belt and therefore put them out of reach of developers, the government will never hit its housing targets.”